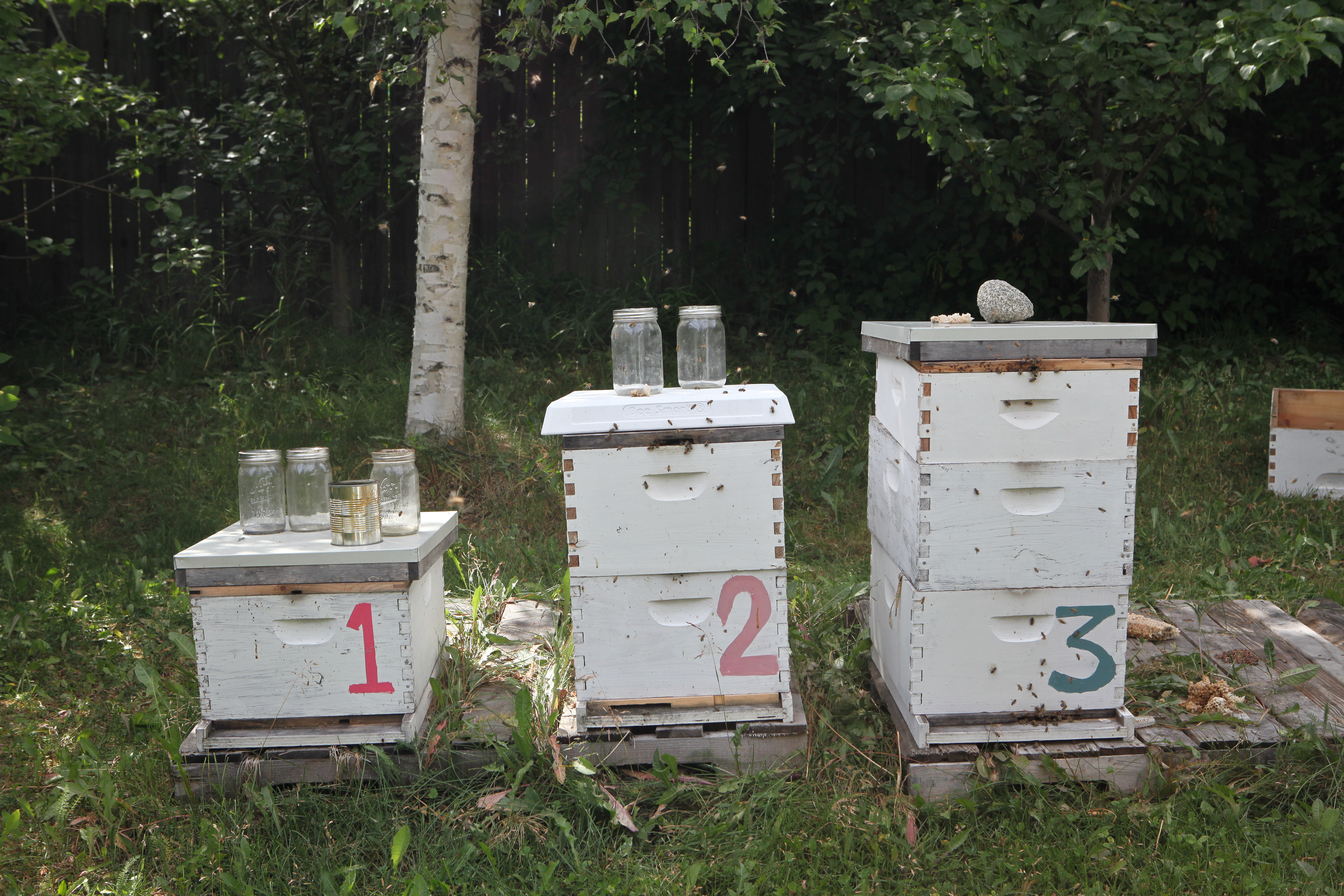 My old friend Ivan Night is a man of many talents; he’s a musician, an educator, a sound technician, a beer brewer, but for the sake of this blog post we’ll stick to just one of his titles: an apiarist. 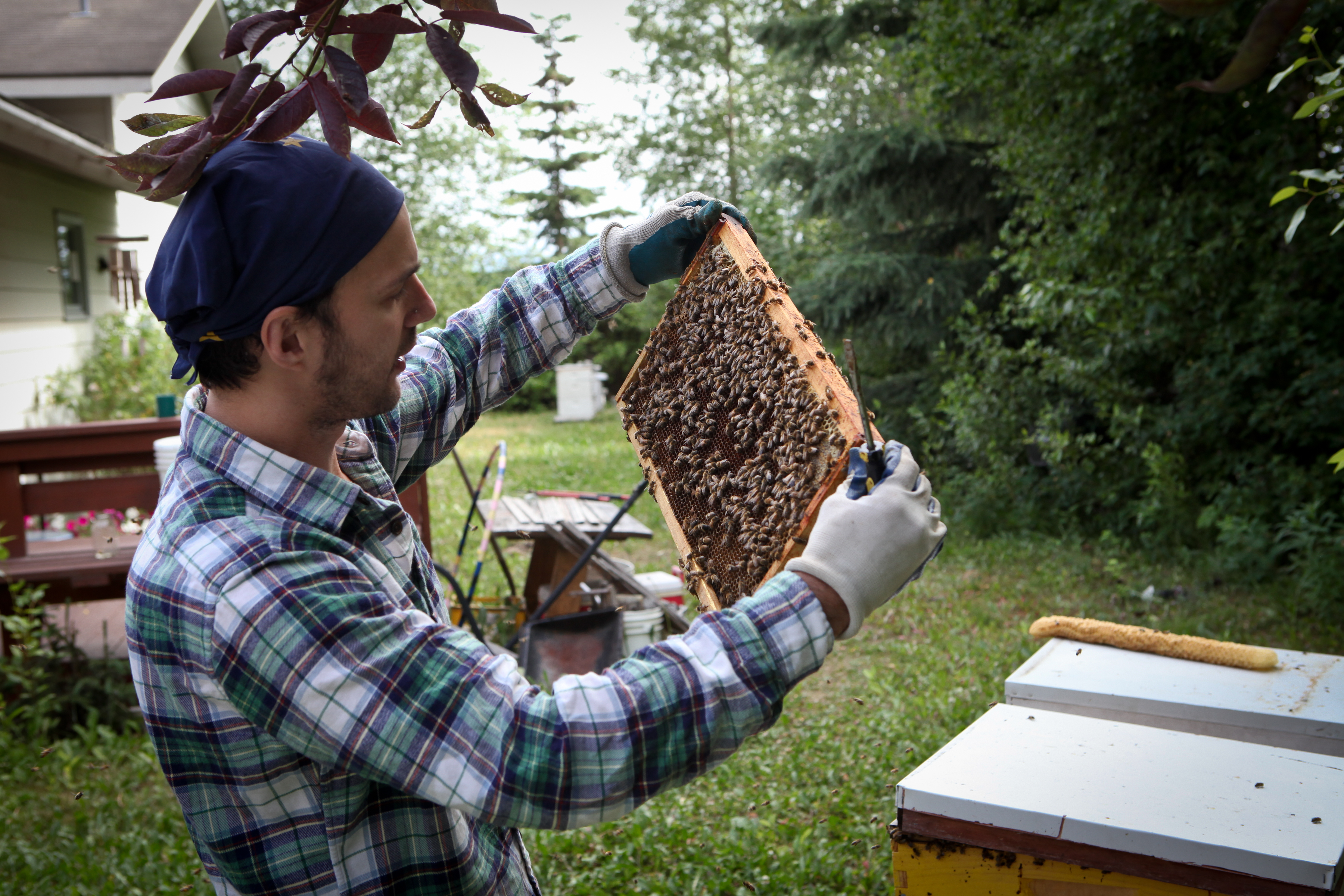 Ivan has been keeping bees for about eight years. His family has owned and operated Alaska Wild Teas for more than three decades, so honey is a natural side project. Check the bottom of this post for a homemade tea recipe.

Recently I visited Ivan’s home to see how he harvests honey from his busy little bees. 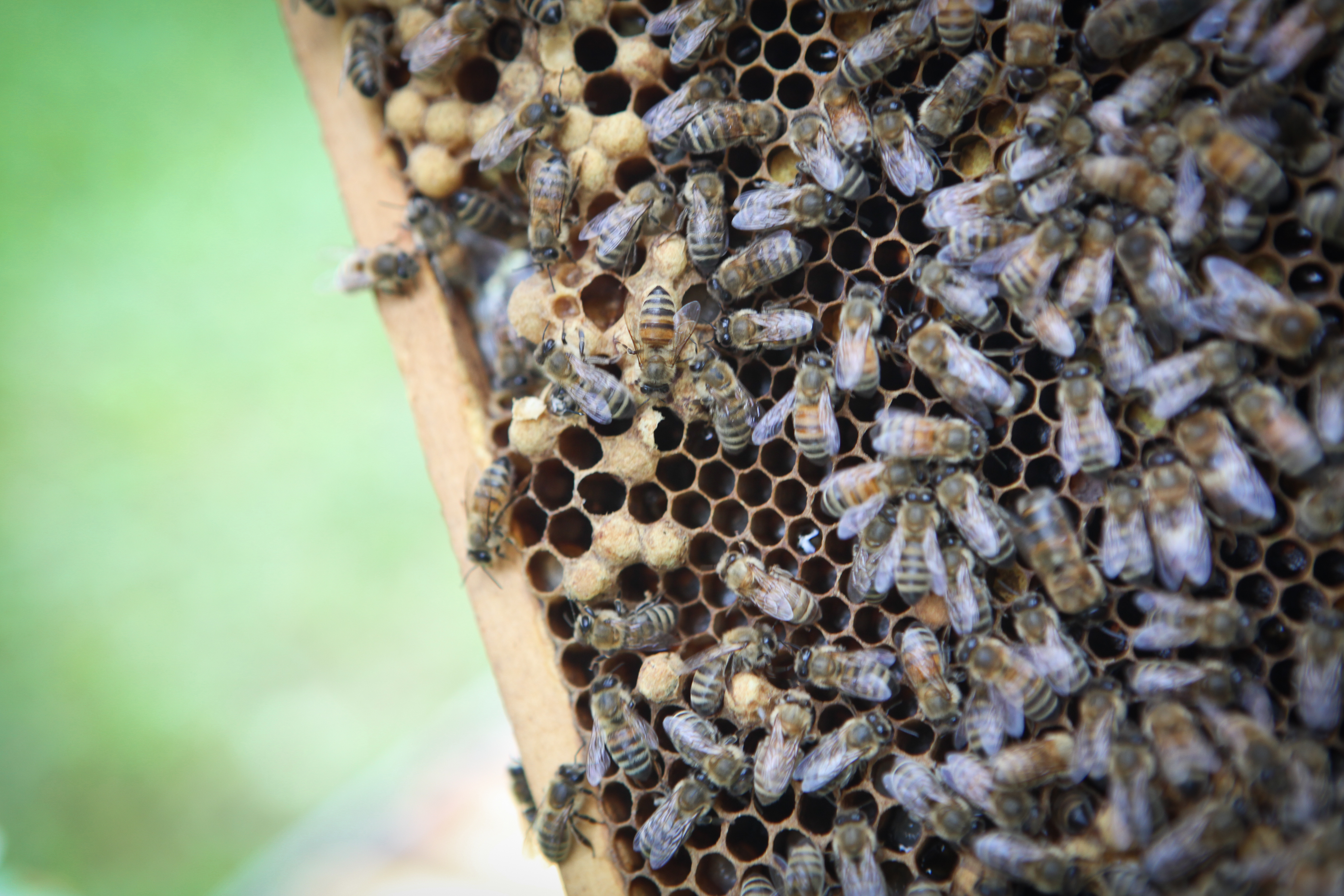 “Really it’s just a couple of wooden boxes and you just put some bees in there and they do their thing,” Ivan said as he poured me an obligatory King Street Brewing Company hefeweizen. He may make it sound simple, but it’s an investment of time and money.

The whole bee setup is about $300, Ivan said. And purchasing the bees themselves is $150. Add in the honey extractor, and that’s another $200. Ivan wasn’t eager to agree with me when I suggested the hobby pays for itself.

“Usually it takes about two years with a hive to get a good crop,” Ivan said.  He said it can take all season for the bees to fill up a honeycomb. 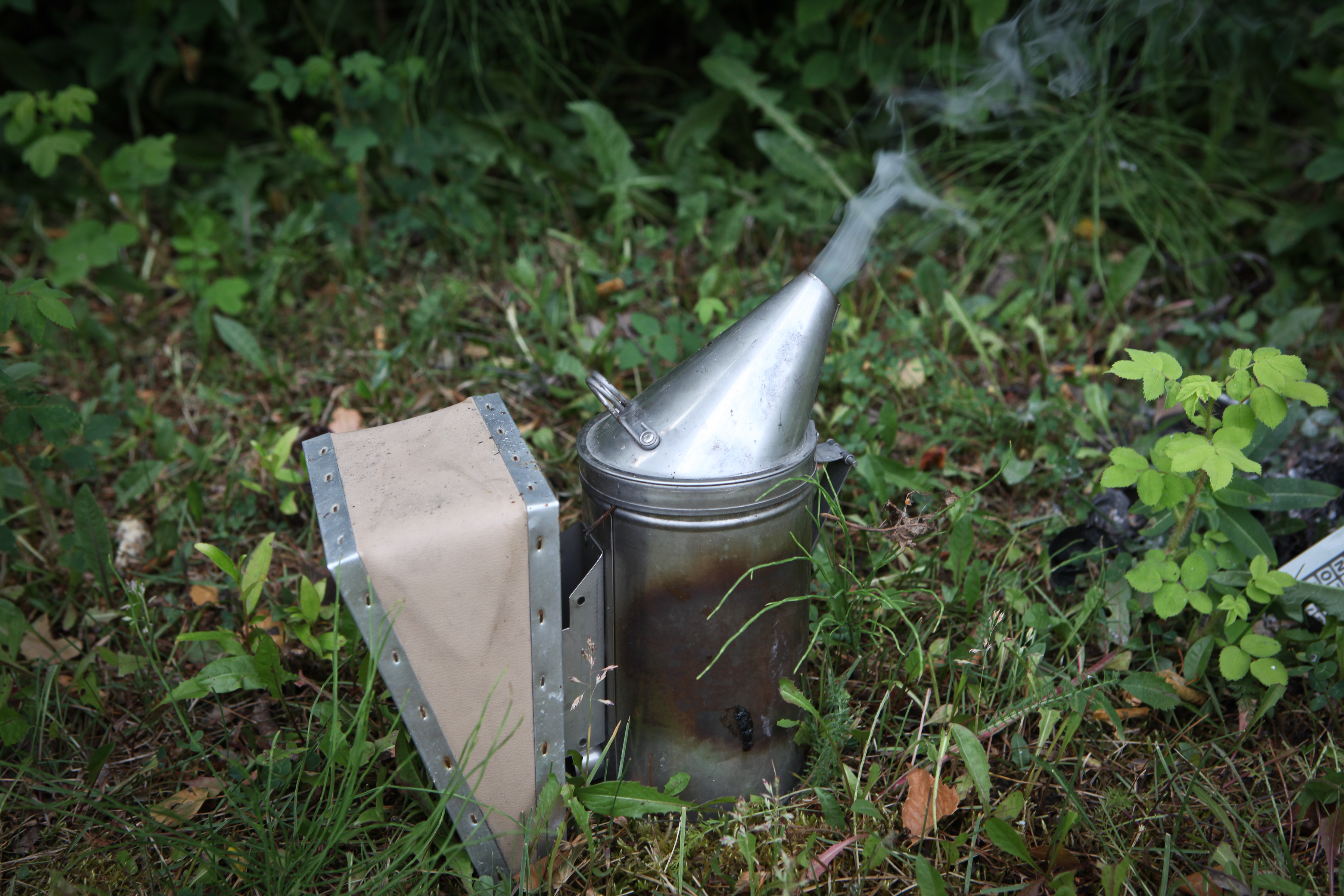 Ivan has 12 bee boxes. It’s mainly a female operation, he said. The males are strictly around to try and mate with the queen, at which point they die. The females do all the rest of the work, including the queen bees who can live up to 24 times longer than the rest of the hive due to their super rich diet of royal jelly.

Ivan’s bees collect nectar from all kinds of flowers, but mainly from fireweed blossoms. His little ladies travel quite a distance to collect nectar.

“They have a range of about four miles,” Ivan said. He estimates they buzz as far as Kincaid Park to find flowers.

Ivan said a honey’s flavor and color depends on the flowers the bees visit. 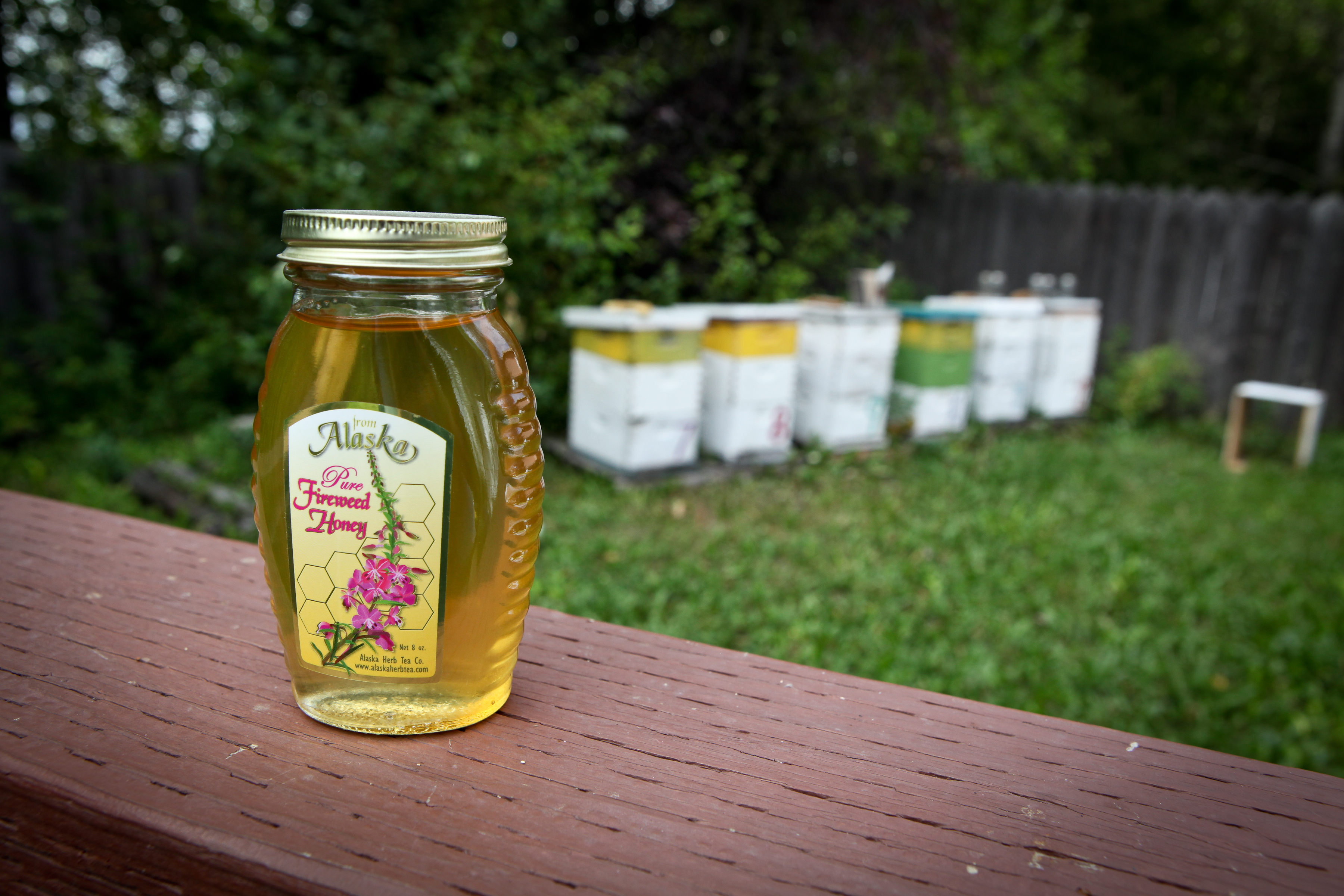 “Fireweed has this really light characteristic and that’s what Alaska [honey] is famous for,” Ivan said.

He can tell which of his bees collect fireweed nectar because they return to the hives with dark grey legs, whereas the other bees have orange legs. 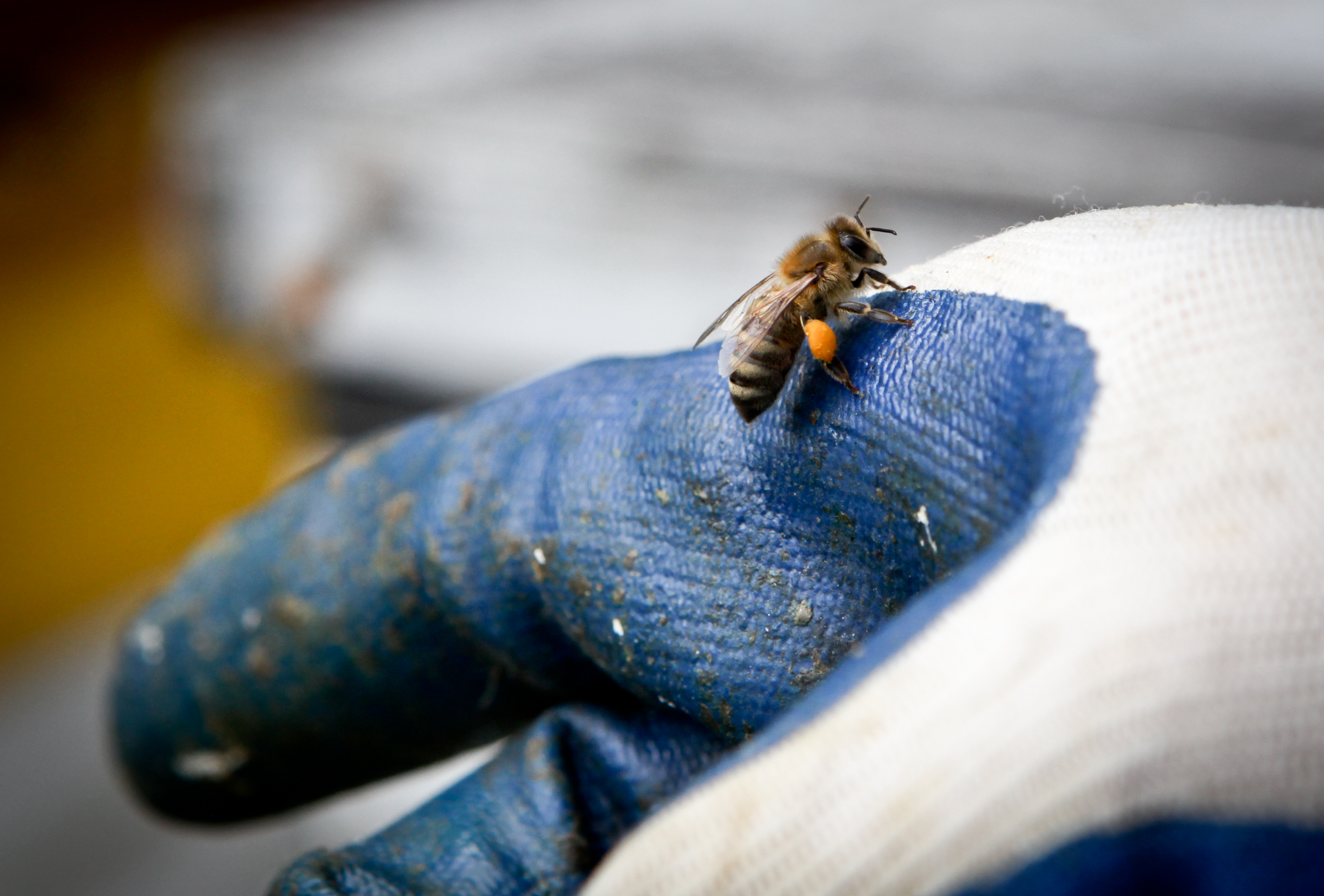 I expected Ivan to suit up before opening up the bee boxes, but he had no qualms about going commando. He said he does get stung almost every time he opens the hives. I’m not a fan of bees in my bonnet, so for my sake he smoked the hives and lent me his bee suit. 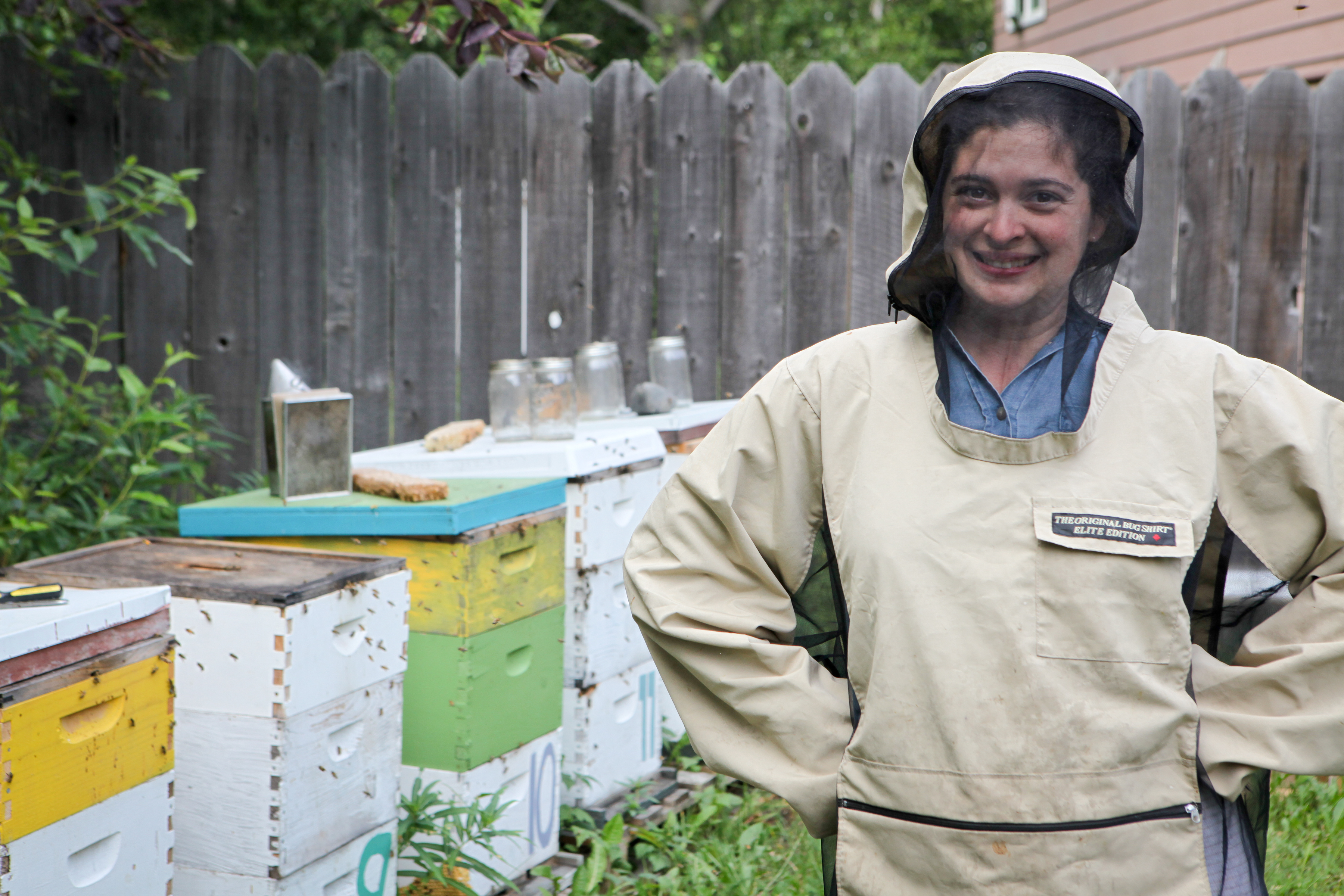 Ivan carefully opened each box and checked the plastic-based frames on which the bees create their honeycomb to store their nectar. When the perfect little hexagons are filled with nectar, the bees cover them with wax and the nectar cures until enough moisture is evaporated to create honey. 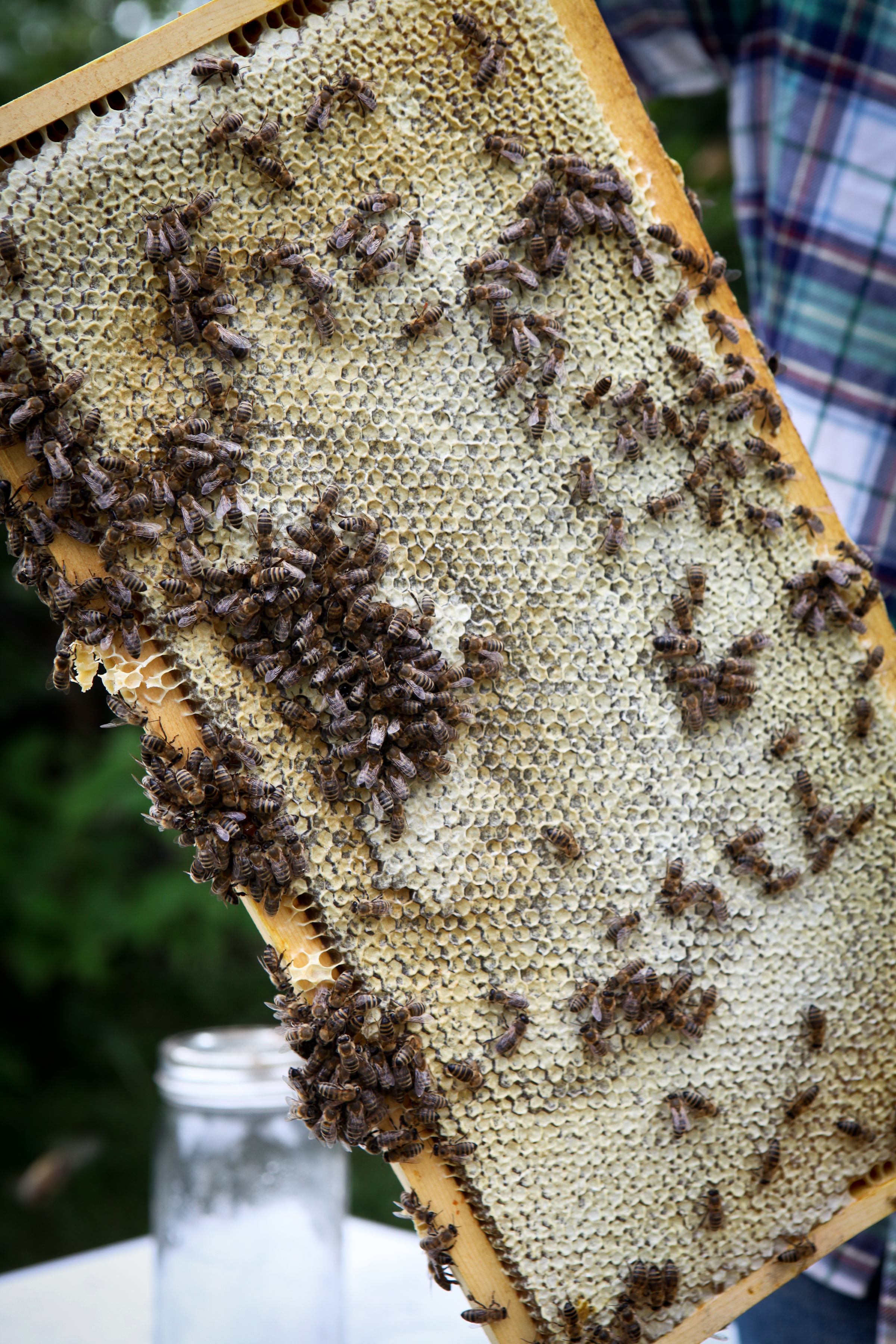 When a frame is completely coated in wax, it’s time to extract the honey. Ivan used a super high-tech method to remove the bees from their beloved honeycombs. He shook them like an Etch-a-Sketch.

I was astounded by the weight of a full frame. It easily weighed 10 pounds, which Ivan said is enough for 10 jars of honey.

Ivan took three full frames and carried them to his garage to his honey extractor, which is a simple centrifuge that rapidly rotates the frames to separate the honey from the honeycombs.

He sliced the top layer of wax off of each side of the honeycomb. Ivan collects this wax and uses it for beauty products such as lip balm. 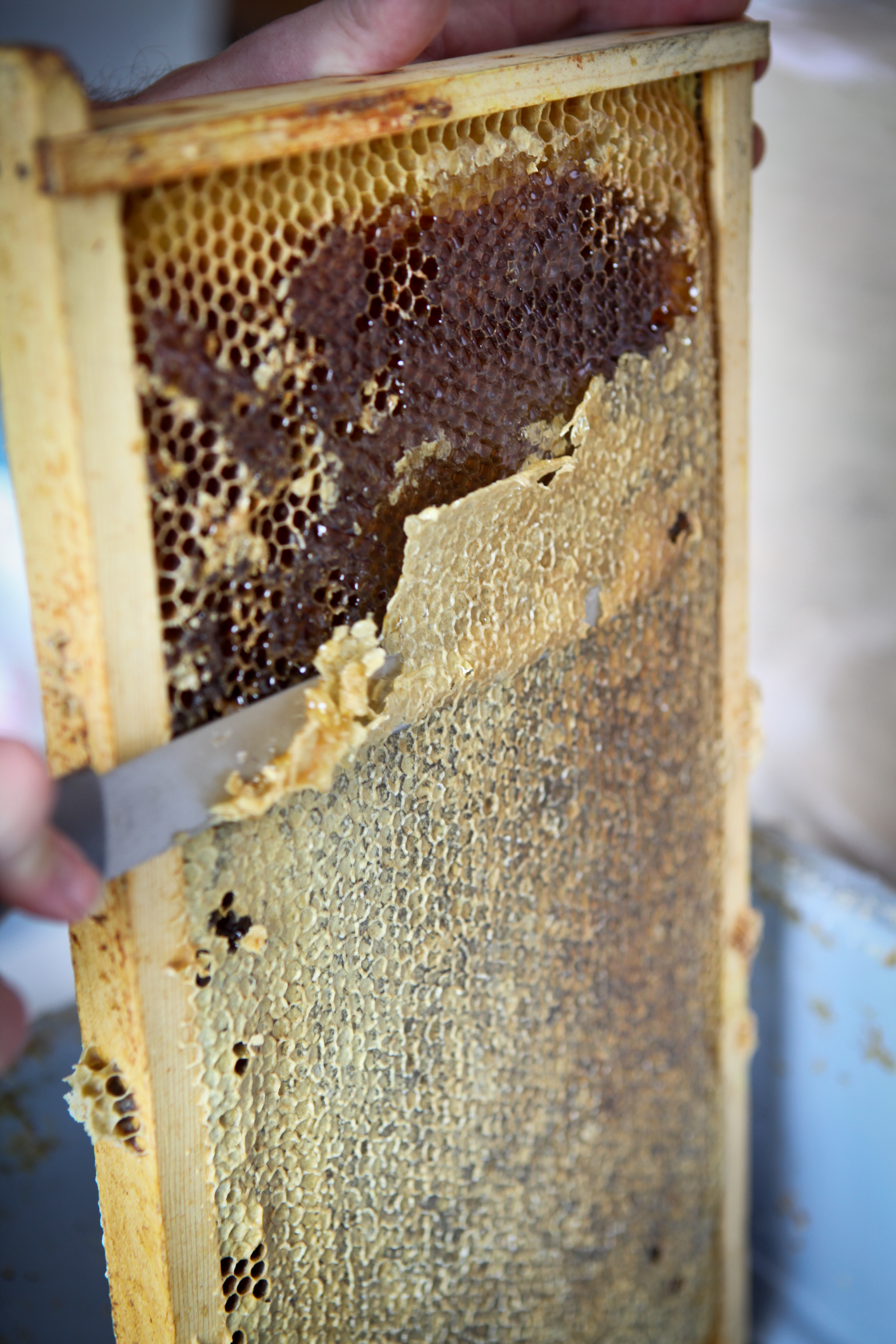 He let me stick my finger in the honeycomb to test the fresh honey. It was divine. It was much different from the store-bought clover stuff I’m used to. It was more fragrant and tasted a lot more like flowers. 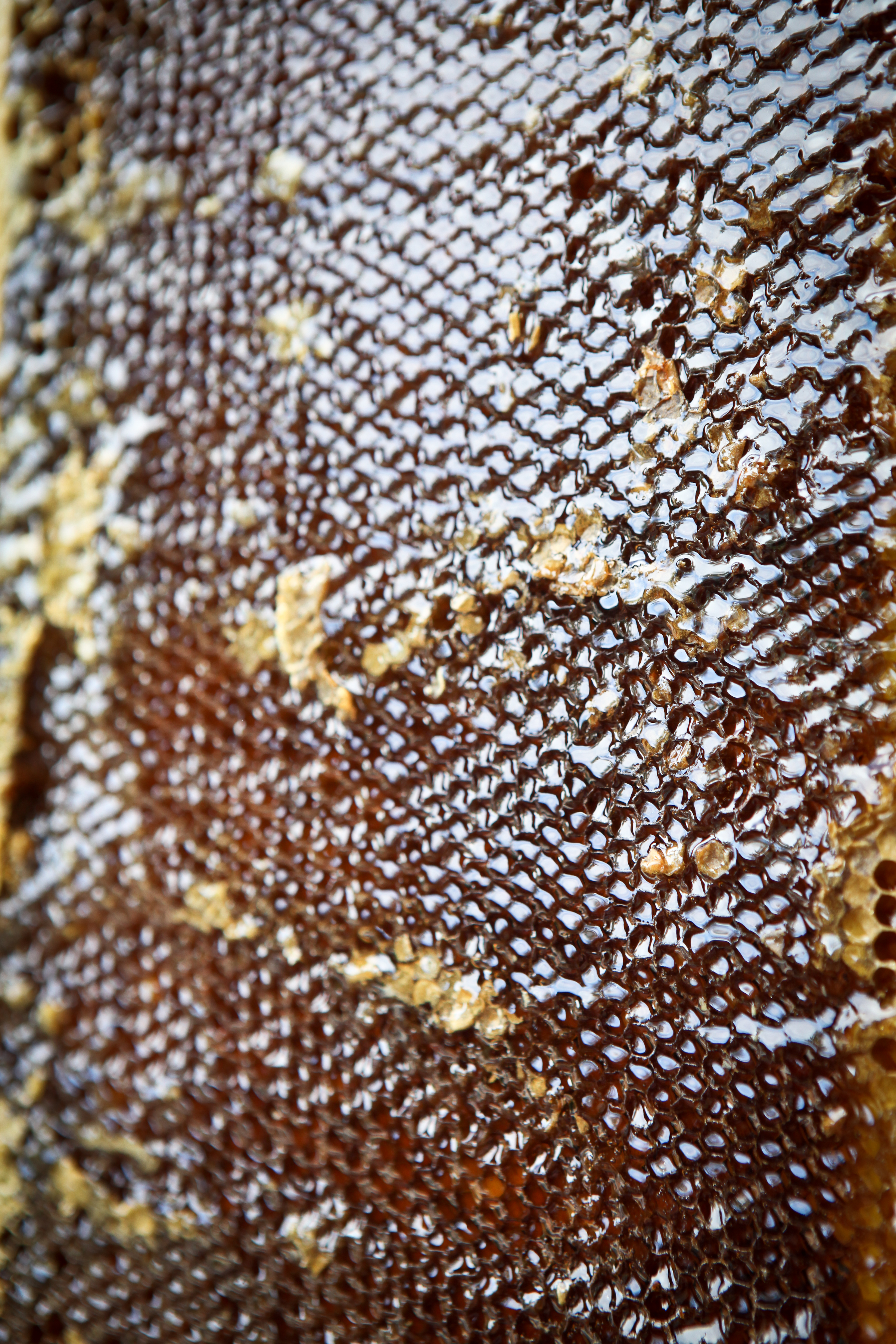 He placed the frames into the centrifuge and used the manual crank to spin out the honey. 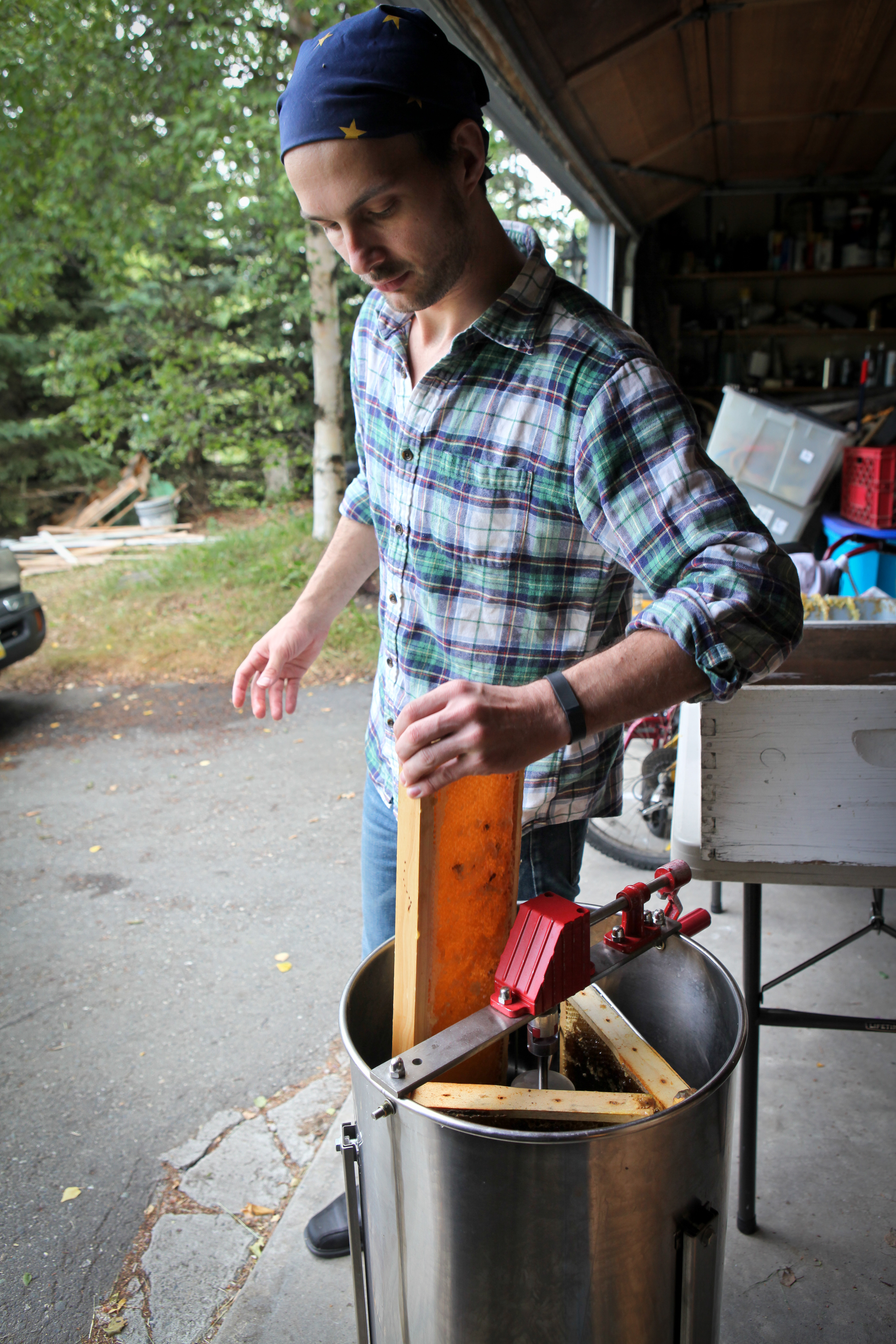 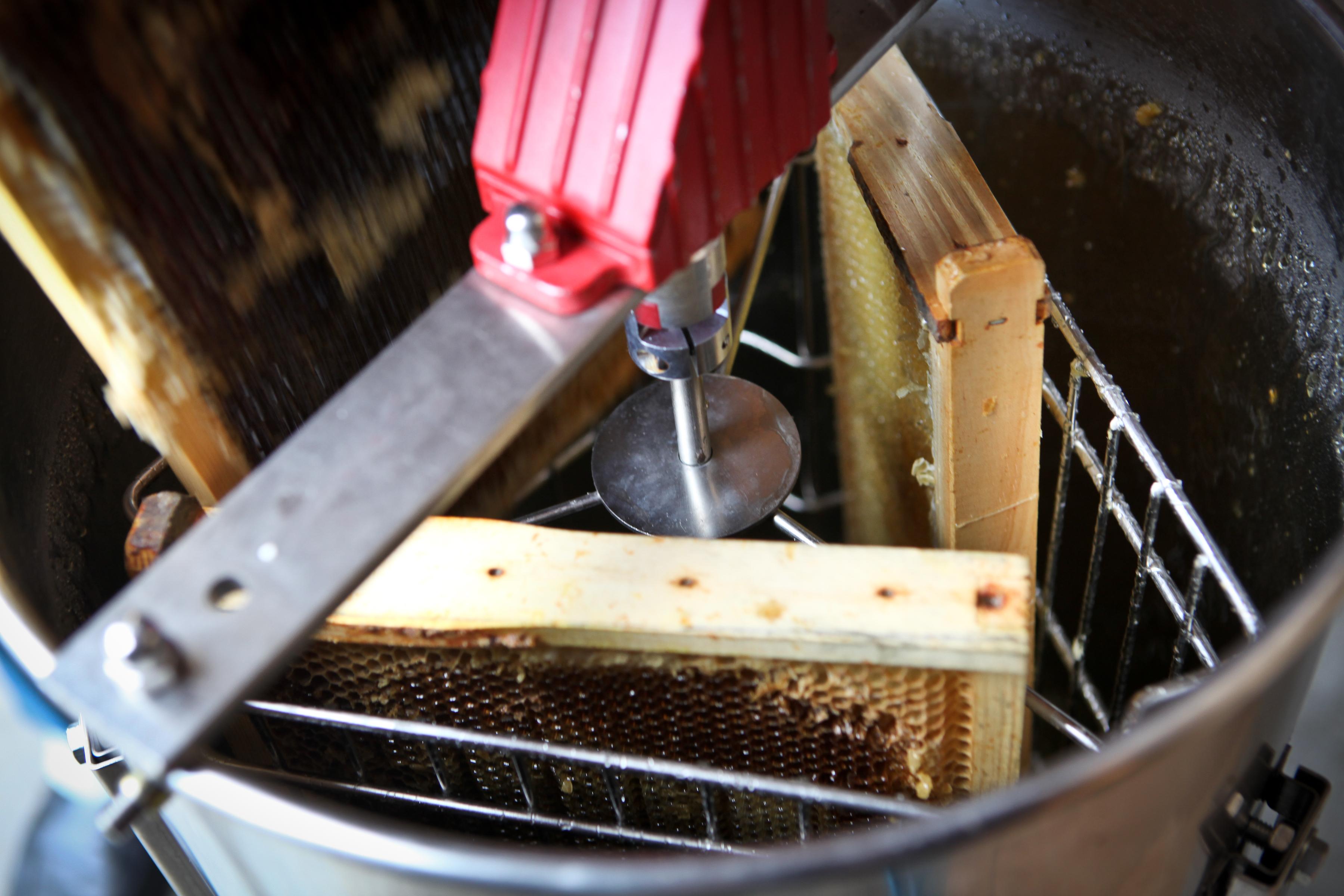 After the frames were fully drained he opened the spout at the bottom of the centrifuge and filled up a big jar with the unfiltered honey for me to keep. You can purchase a jar of his filtered honey here. 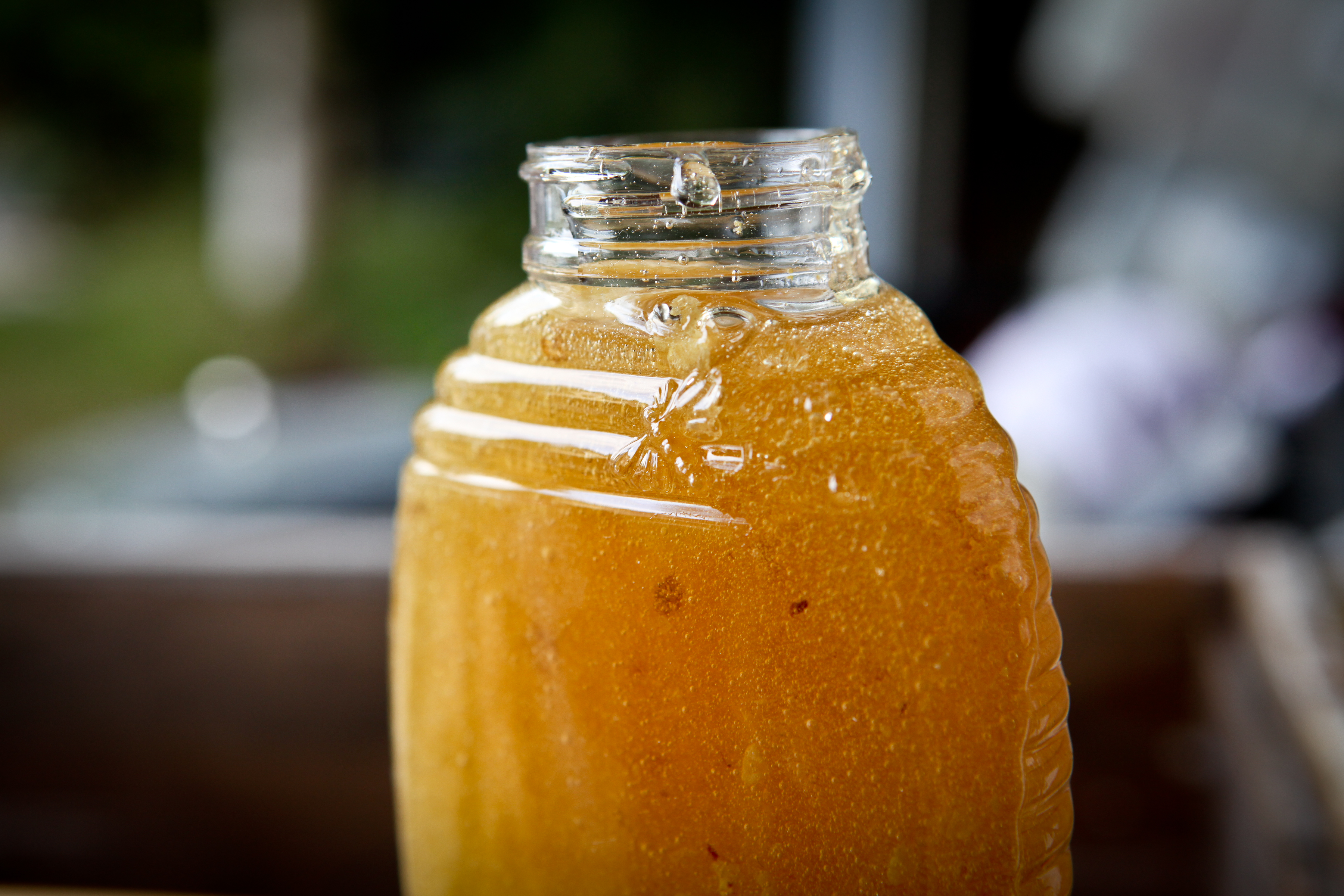 So what does Ivan do with his honey? Besides selling it, he said he incorporates it into his diet in myriad ways. One of his personal projects is mead making, but his favorite way to eat honey is on toast. 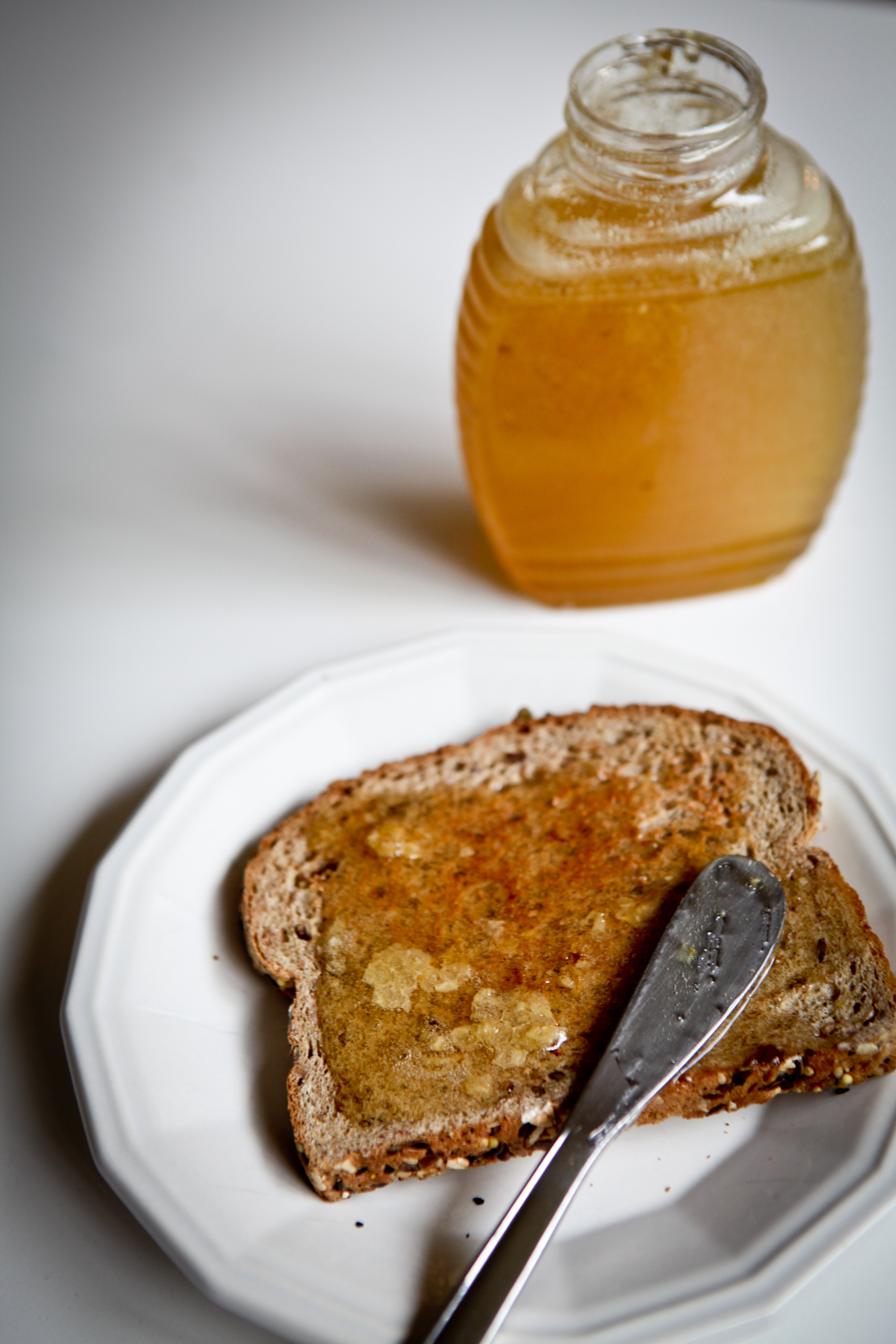 I took home my big jar and proudly showed it to my 3-year-old son, Jack. He immediately showed an interest. He loves honey. I opened the jar at the kitchen table and let him have at it. 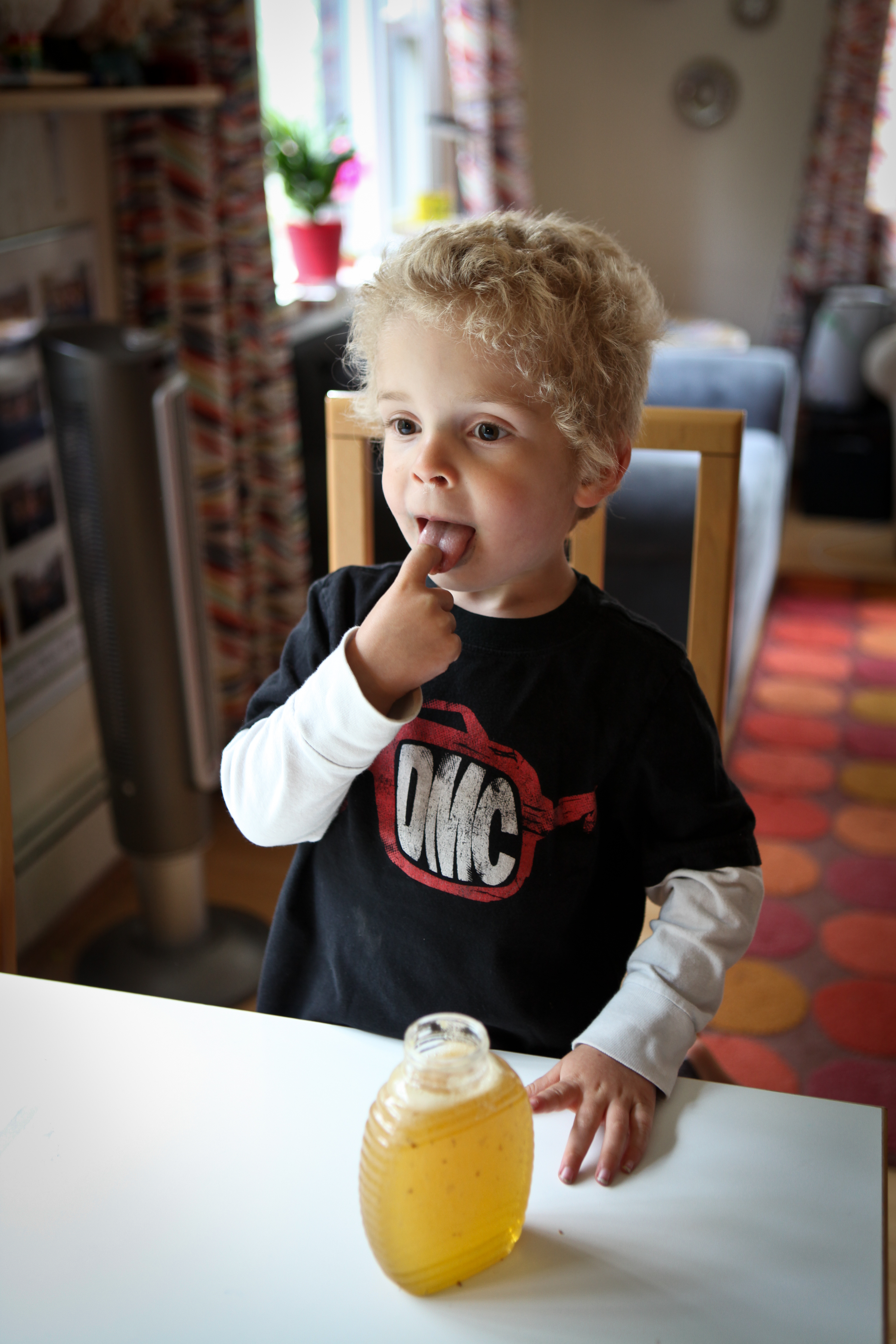 “I want to drink this like a drink!” Jack said. Looks like I have a future mead lover on my hands.

I’m a traditionalist and I like my honey in tea. Here’s an Alaska tea recipe Ivan recommended that you need only step outside your door to create. But if you want the professional stuff, I highly recommend his family’s blueberry tea. 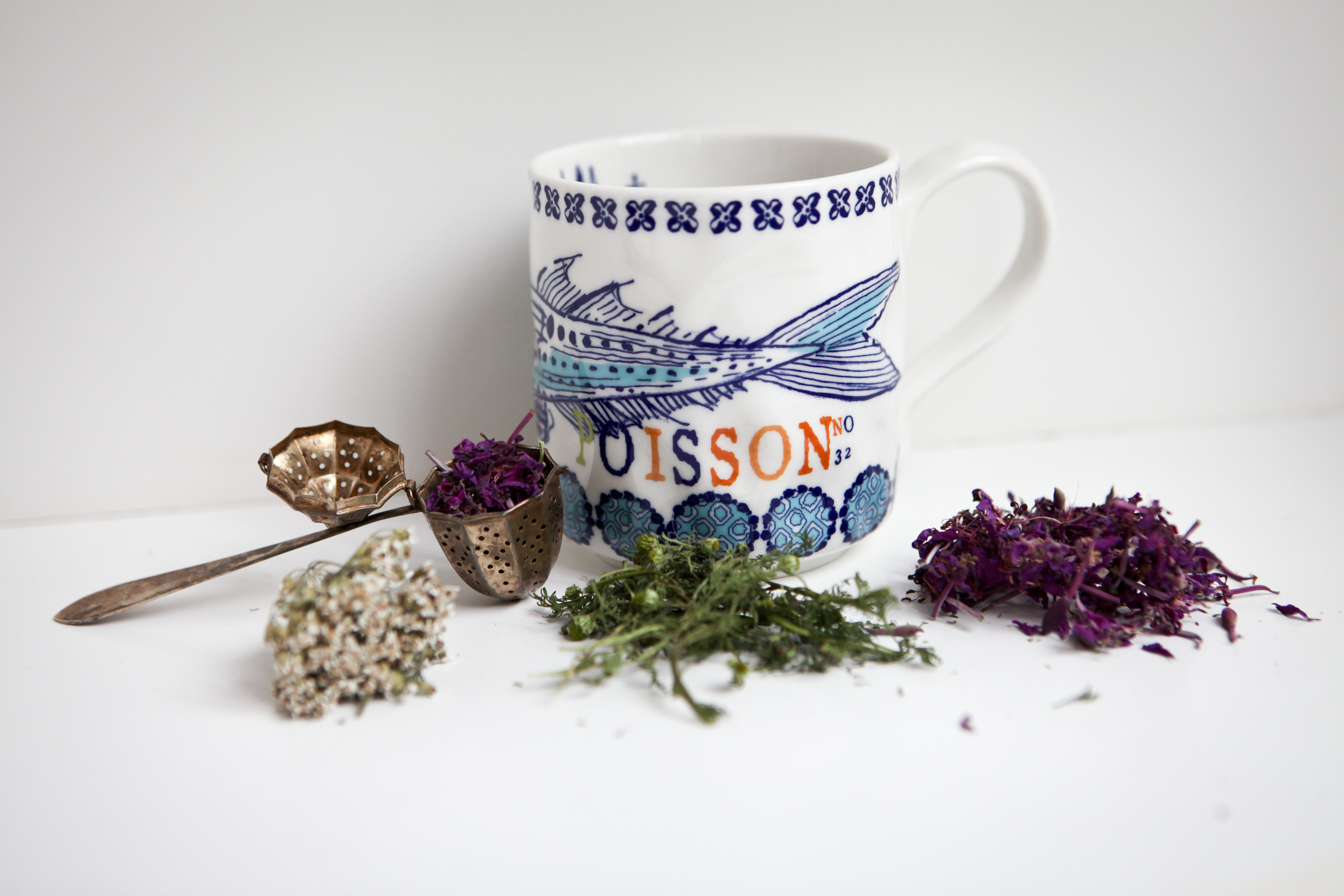 Rinse the flowers in a sink of cold water to remove any dirt or bugs. Run them through a salad spinner and place wildflowers into a food dehydrator. Dehydrate at 95 degrees for several hours until everything is very dry. Another option is to lay the flowers on a paper towel-lined baking sheet and set in front of a fan until dry.

Combine the wildflowers and store in a clean tin or jar. Brew a tablespoon of flowers per cup of tea. Flavor with fireweed honey.