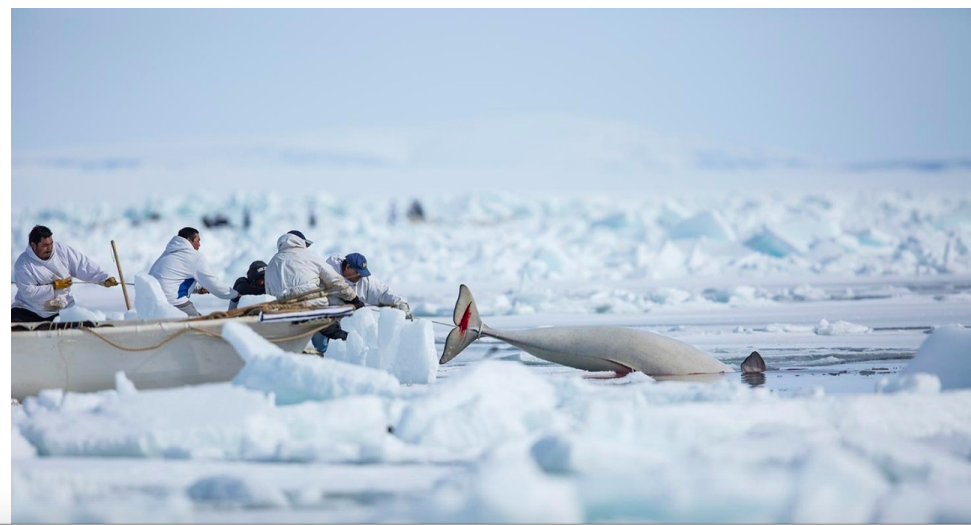 What an honor to introduce this group of whaling crew photos taken over the last few years by by friend Nathaniel Wilder!

POINT HOPE, Alaska — At this community’s original town site, abandoned decades ago because of creeping beach erosion, the bleached remains of a few houses still stand on the treeless landscape. In one of them, you can make out “1957” carved into a driftwood corner post. That’s the year this Inupiat village first got electricity. Up until then, light in the winter came from seal oil.

Change has been washing over this ancient place, one of the oldest continuously inhabited town sites in North America, rapidly the last 100 years. Here on this ever-thinning peninsula in the Chukchi Sea, people have gone from existing completely off the land, traveling by dog sled, living in homes built from sod and whalebone, to a world of four wheelers and Facebook, big screen TVs and toaster waffles in the span of two generations. Someday soon, offshore, high-tech Shell platforms will likely begin drilling for oil.

But, the 900 people who live here hold on to a ritual that dates back 2,000 years: the spring hunt for the bowhead whale. This year, the village took three.