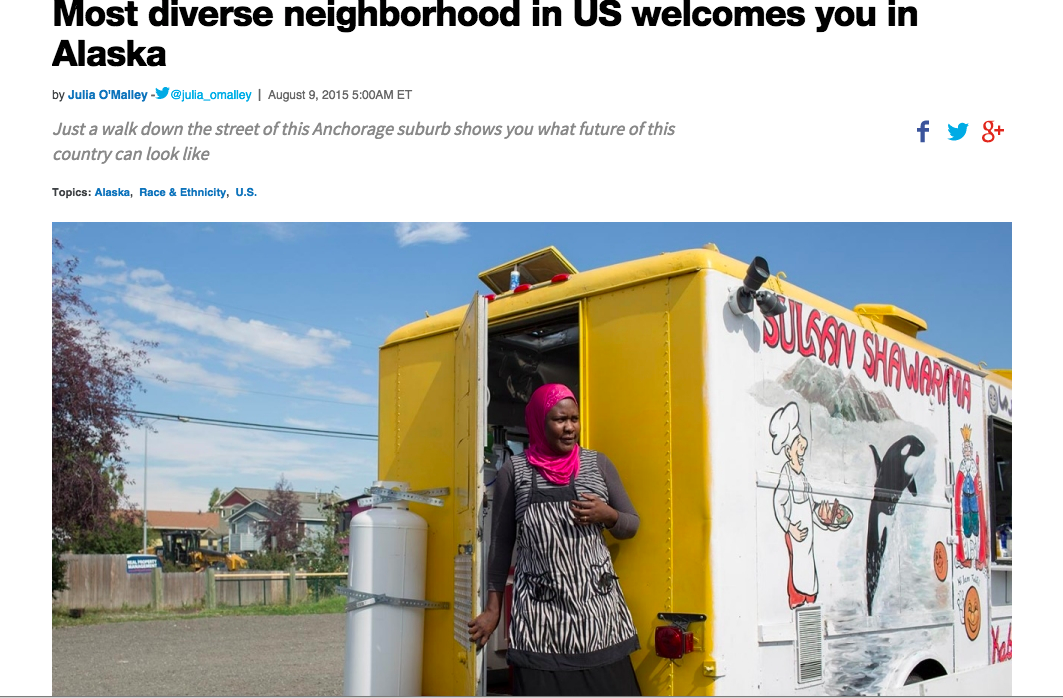 ANCHORAGE, Alaska — Sai Lee owns a Hmong grocery on the main commercial strip of the Mountain View neighborhood in Anchorage, a long way from the refugee camp in Thailand where he was born.

How did he end up in a town where snow covers the ground half the year? His parents took him, he says as he rings up fresh basil and rice noodles. They heard Anchorage had better jobs than in Merced, California, where they used to live.

“It’s easier to get a living for your family,” says Lee’s wife, Chue Her. “Less competition.”

Talk to the business owners up and down thriving Mountain View Drive and the answers are the same. At the Dominican restaurant and the Polynesian salon. At the shawarma cart and the pho shop and the Korean laundromat. In Anchorage and in this neighborhood, people see opportunity.

Mountain View is a grid of modest houses and apartment buildings, churches and small shops, bordered on one side by a state highway and on the other by an Air Force and Army joint base. The population is a little over 9,000. People don’t drive as much as they do elsewhere, instead choosing to walk and ride the bus. The neighborhood parks are full of children this time of year, their bikes lying in the grass. Asian greens crowd the community garden. On a weekend morning you can hear the sound of Lao Buddhist monks chanting on one block and African-American spirituals pouring out a church door on another.

Welcome to the future of America. Welcome, according to some sociologists, to the most diverse neighborhood in the country.

With photos by the talented Ash Adams, and an awesome, nation-wide interactive map by the dynamo Lam Thuy Vo.