To kick off our holiday trip to Washington this week, we landed in Seattle and made a late-night drive two hours northeast of Seattle to the town of Marblemount to visit our friends Erin and Holly. They are both park rangers. They live right at the edge of North Cascades National Park.  They have a really cool house:

Look at their huge backyard! 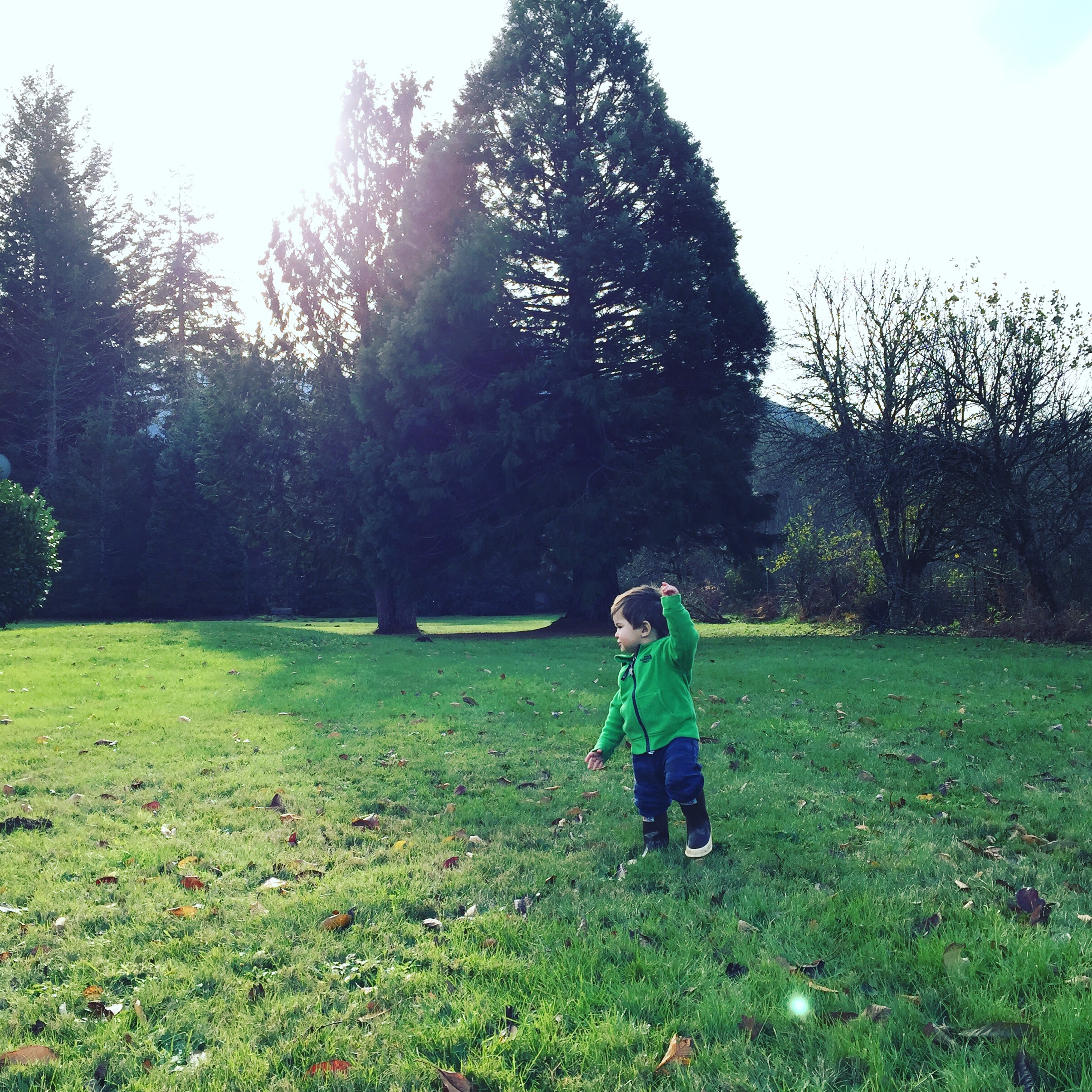 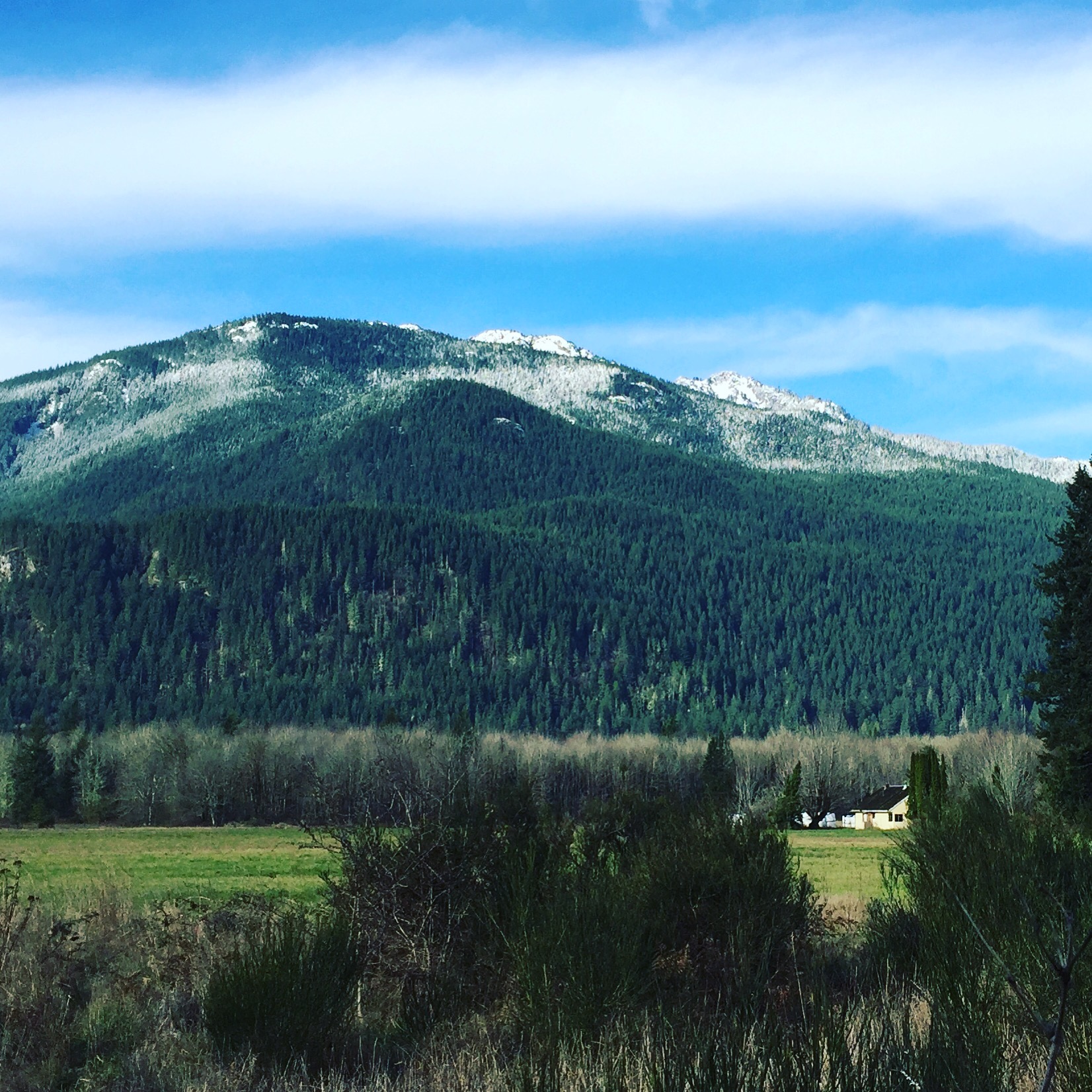 Plus, old trucks rusting in the woods. Bonus! 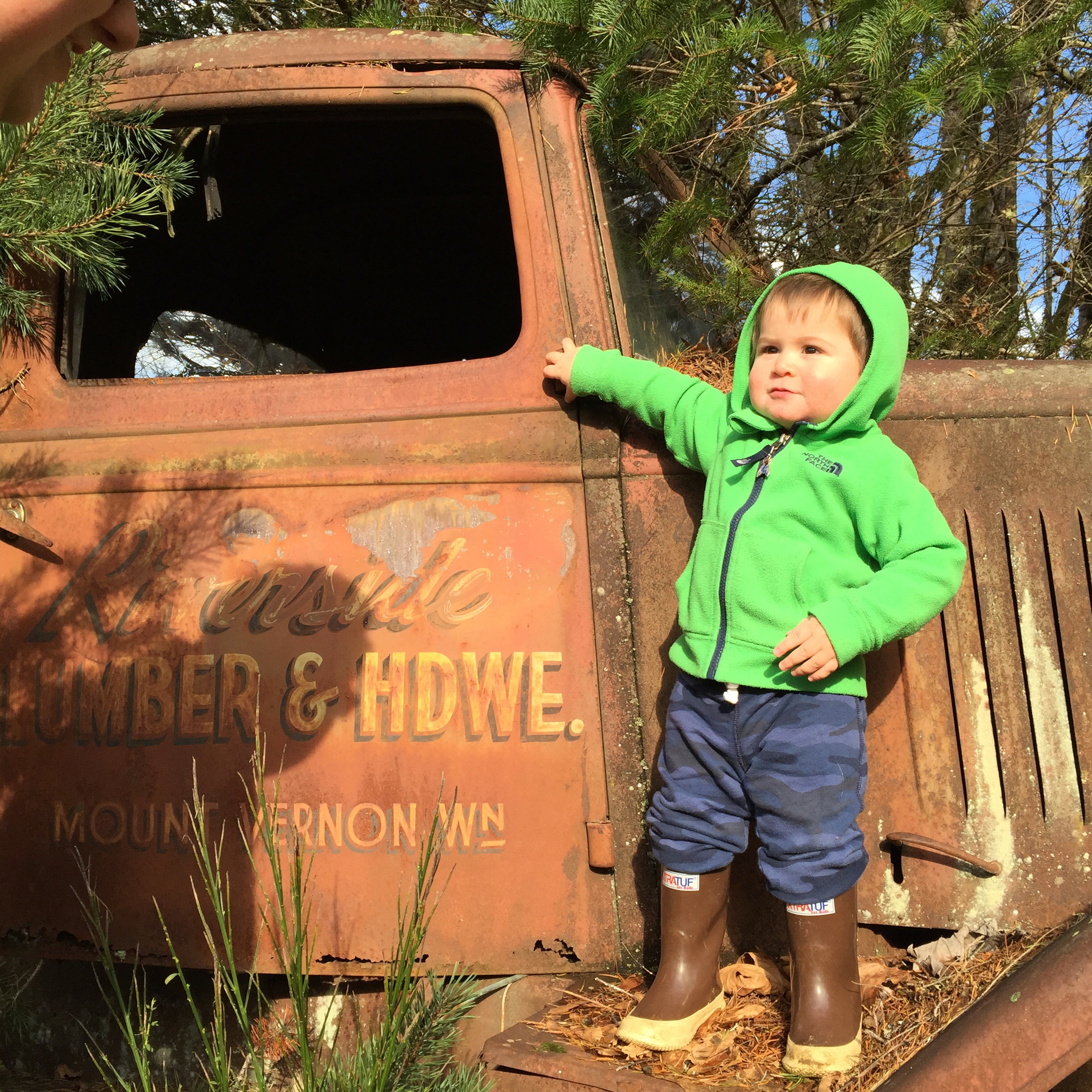 The weather turned stormy, so we took a drive to entertain the boys. We visited Newhalem, a company town for Seattle City Lights, where people live who work on the hydroelectric dams that help power Seattle. The weather cleared up just about the time we reached Diablo Dam: 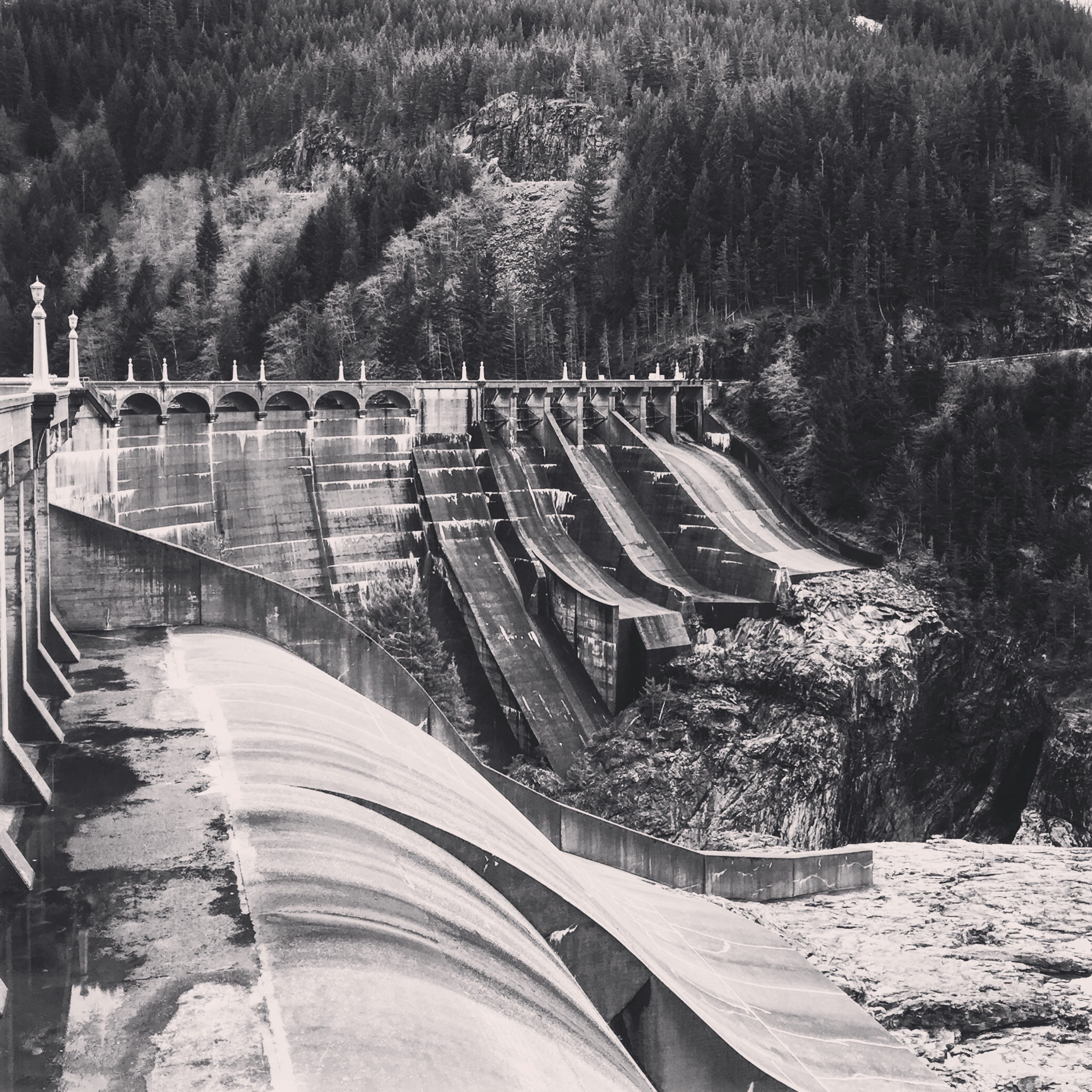 Here’s the view from the top of dam. Hope you’re not afraid of heights:

After our adventures, we came home, lit a fire and listened to the wind howl, expecting to lose power any minute. And we made pie. Erin and Holly happened to have a pie pumpkin so I made this recipe that Uncle Tommy has been testing at my house the last few weeks. It’s sublime and will be my go-to pumpkin pie from now on. It’s less sweet and lighter than the classic Libby’s recipe. It really tastes like pumpkin.

First off, you need one of these babies:

Erin and Holly got it from their CSA box that comes from Blue Heron Farm in Rockport, but you can often find them in Anchorage at Fred’s.

Like with most types of squash, you can cook a pie pumpkin whole in the oven. Just poke it with a fork and put it on parchment or slip some foil in underneath it to catch any drips. It takes 20 to 30 minutes at 425º. Once it feels soft when you press on it, it’s ready to come out. The skin will be pretty loose. 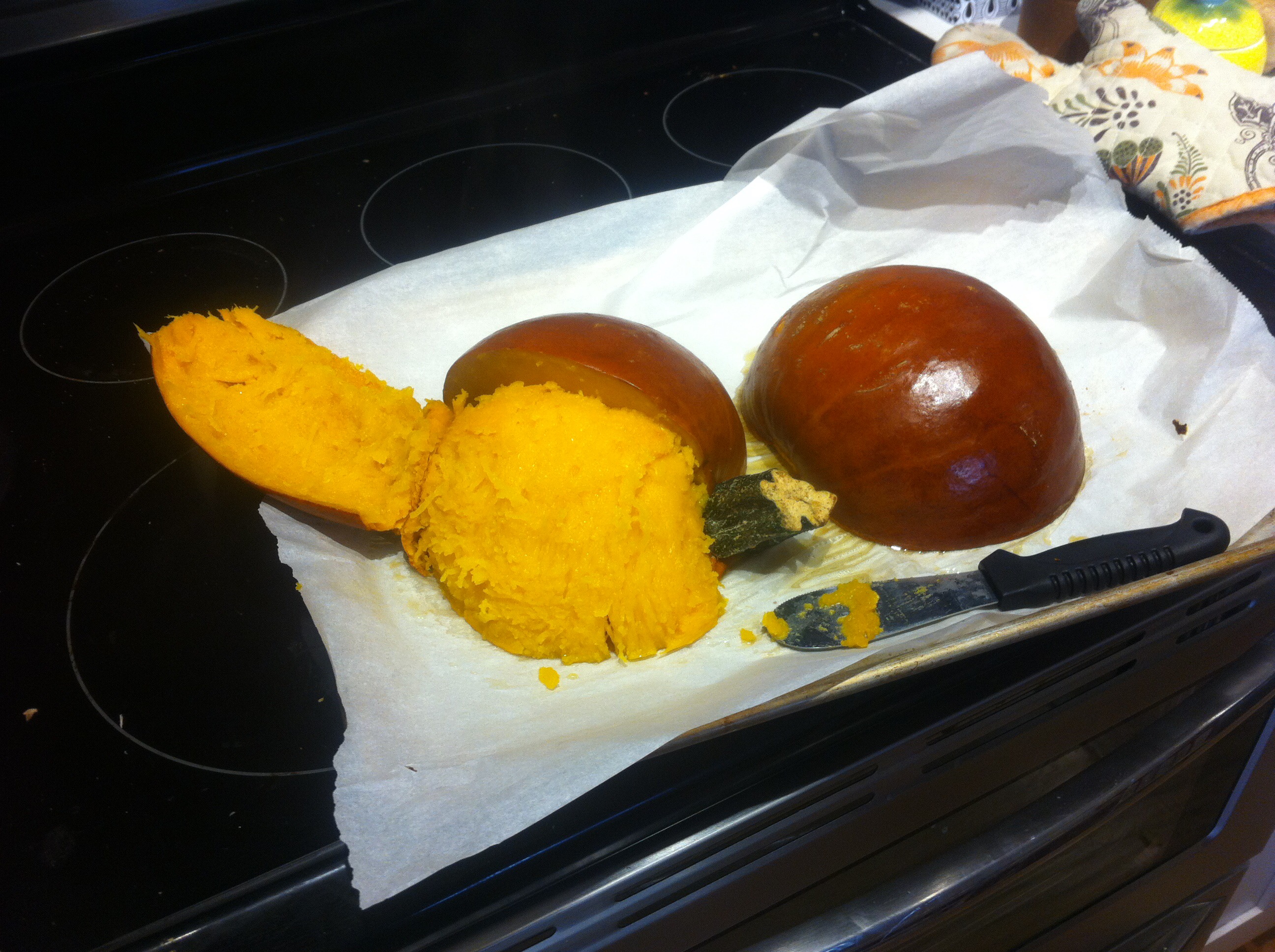 Carefully cut it in half and scoop out the seeds. 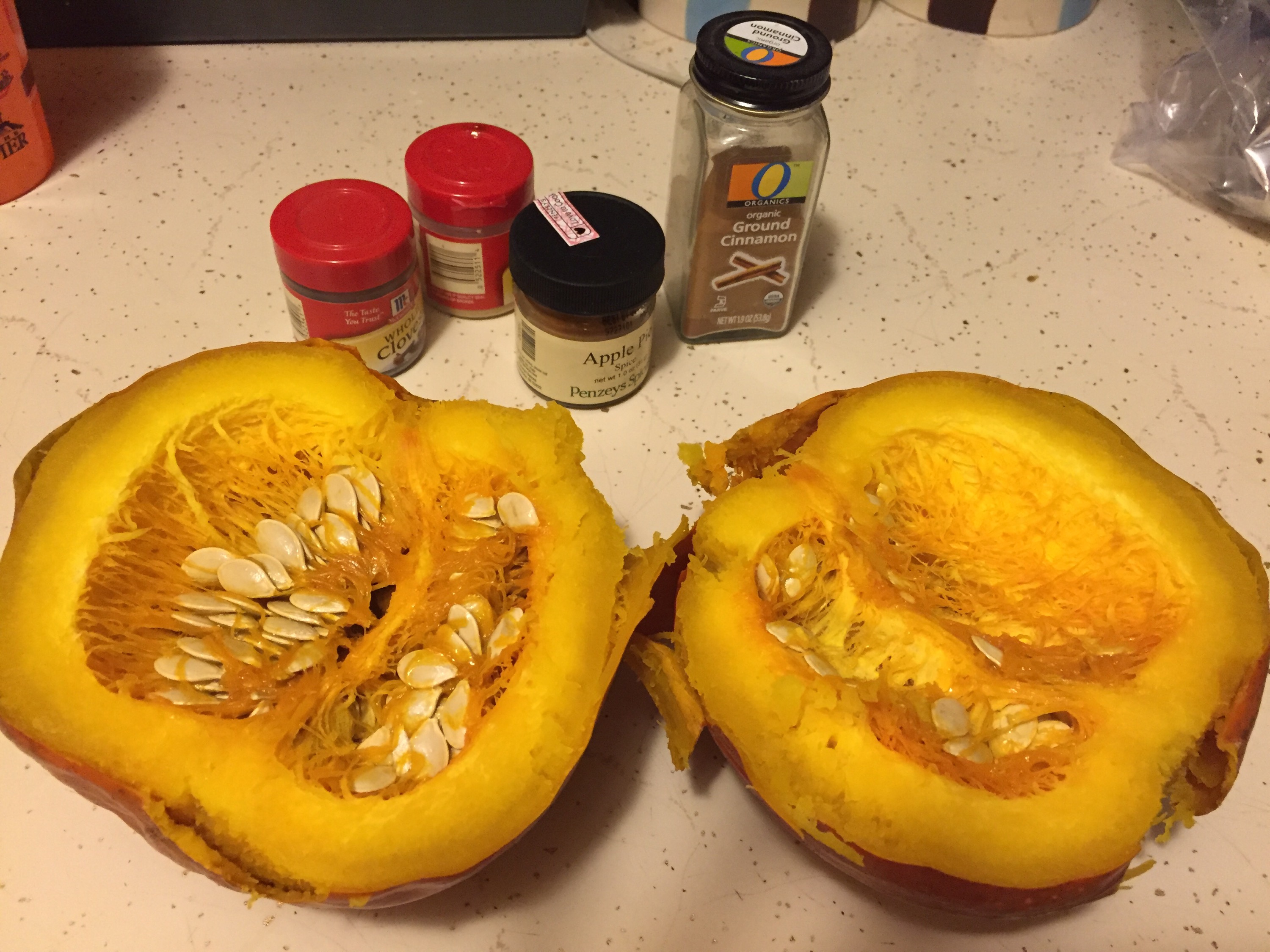 Remove the peel and then fill a measuring cup with the meat, mashing it with a fork. You can use 2 to 2 1/2 cups.

Combine the pumpkin with the cream, eggs, sugar, salt and spices. 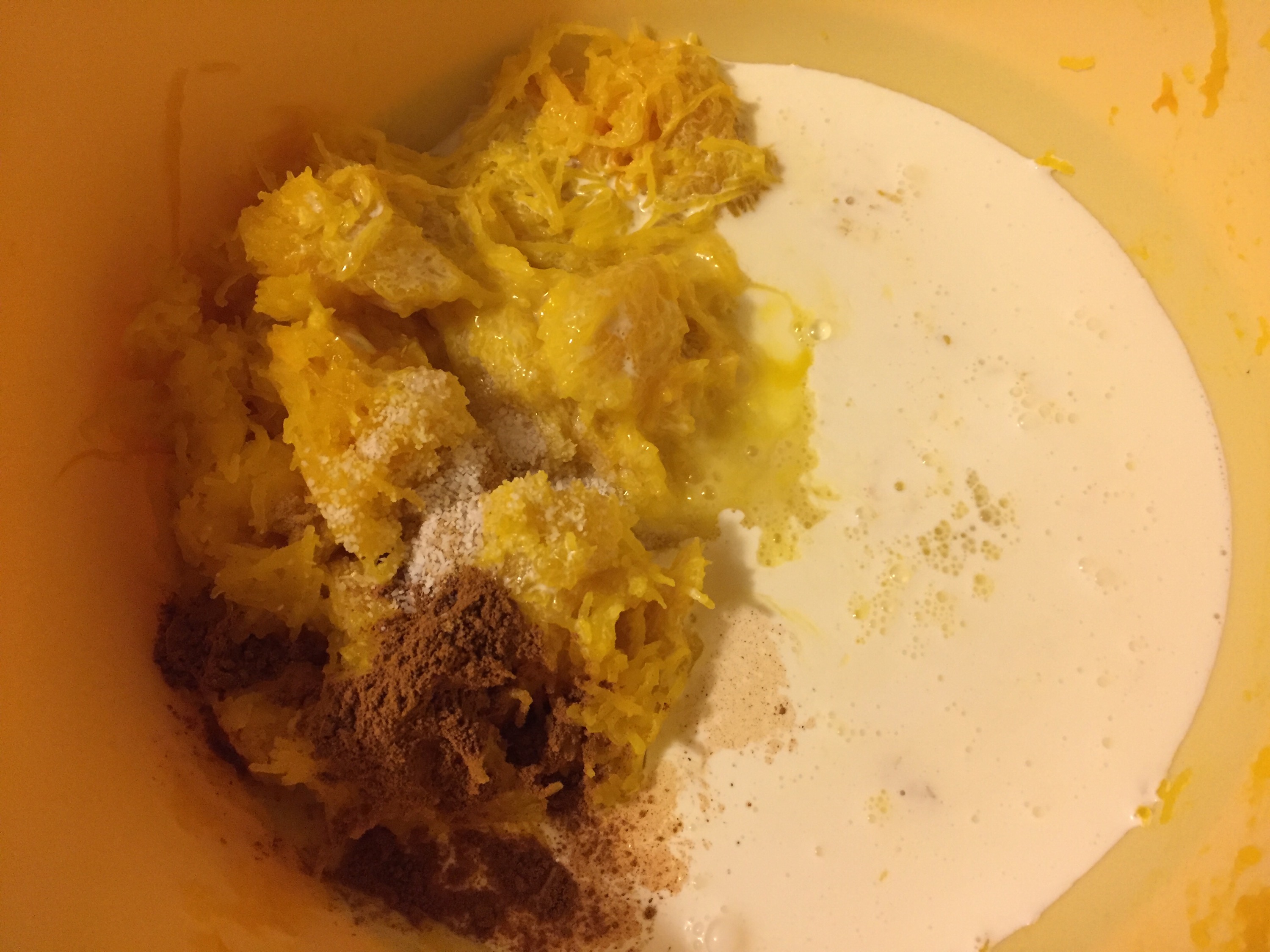 Use a hand blender or a mixer and blend until smooth. Pour into your crust and bake for 15 minutes at 425° and then turn the oven down to 350° and bake another 45 minutes, until the pie barely jiggles when you pull it from the oven. (You might have extra filling. Pour it into ramekins and bake separately.) Cool and serve with extra sweet whipped cream.

SPICE NOTE: Tommy sometimes grinds whole spices in an old coffee grinder and it makes the pie especially awesome. Here is a picture of the spices he uses that he took. 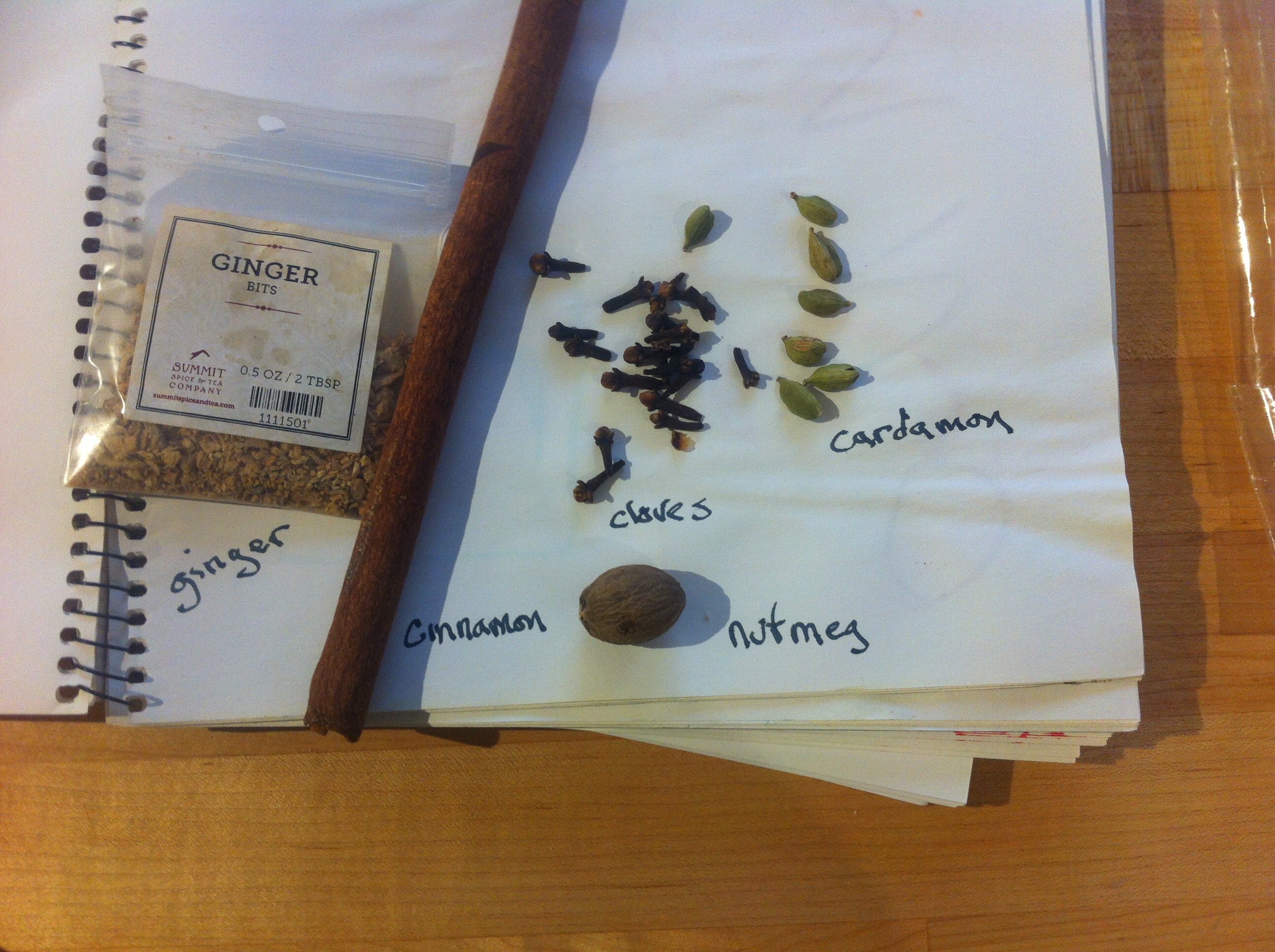 One small pie pumpkin, about the size of a small children’s soccer ball

1 1/2 cup cream (plus another cup for whipping)

Poke some holes in the pumpkin with a fork and place it whole into the oven. Put a sheet of foil beneath it to catch the drips. Set the timer for 20 minutes.

Make crust (here are Tommy’s recipes, both gluten-free and regular) and lay it into a 9-inch pie pan. Or, cheat, and use a pre-made crust. I found an awesome gluten free one in in the town of Concrete at the 5B’s Bakery.

Once the timer goes off, check the pumpkin. It should be soft when you poke it, like a cooked potato. Pull it out, but don’t turn off the oven. Carefully slice it in half and let it cool for a few minutes. Once you can handle it, scrape out the seeds. Then scrape the meat into a big measuring cup, mashing it with a fork. You will need about 2 cups of pumpkin, though you can add as much as a half cup more.

Combine pumpkin, cream, eggs and spices. Beat with a mixer or a hand blender until smooth (do not over beat). Bake for 15 minutes in a 425º oven, then turn down to 350 for about 40 minutes. You will know the pie is done when it barely jiggles when you move it. Let it cool and serve with sweet (bourbon-spiked? ) whipped cream. 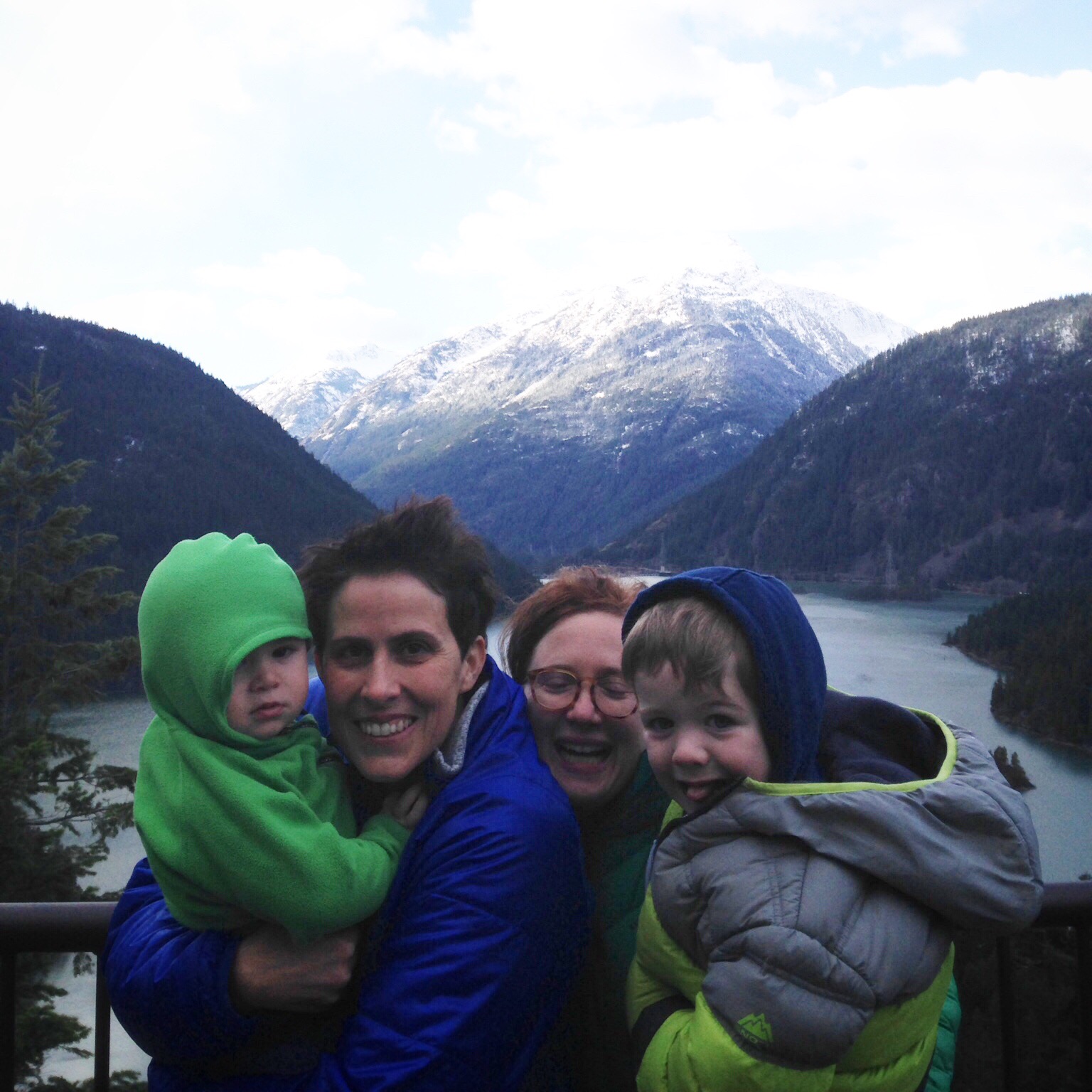