Spring in Alaska is an exciting and confusing time: daylight is back with a vengeance, the snow is starting to melt, and the craving for fresh food gets stronger with every additional minute of light. The confusing part? It’s still winter; we’ve got a month before the ground thaws, and cravings for heartier food show few signs of tempering. To answer the healthy-hearty cravings, my go-to is a dish that I unofficially refer to as a “Costco Salad.” As you might guess, you can find every ingredient at your friendly neighborhood warehouse. It’s not as sexy sounding as “farm fresh,” but in Alaska you learn to work with what you’ve got. Fortunately, Costco has a lot to offer.

— The baby kale, chard, and spinach mixed greens from Earthbound Farm Organics are a regularly stocked item at Costco. We use these greens on pizzas, in wraps, smoothies, and salads and have found them to last longer than other bulk greens (a huge plus for our family of two).

— Honeycrisp apples are sold in a plastic carton that holds 14 apples in mini domes. If you store your apples in the carton you can prolong their flavor and aroma. (As an added bonus, the apple carton makes a perfect seedling greenhouse.) You can use any type of apple, but the sweet and bright flavor of Honeycrisp is the best balance to the creaminess of the goat cheese and the saltiness of the bacon.

— The Kirkland goat cheese is sold as a conjoined two-pack. If you don’t go — through goat cheese quickly, it’s important to store it in an airtight container or wrap it snugly in plastic wrap. When exposed to too much air, that once enjoyable, gamey smell quickly rounds the corner into outright funkiness.

— Costco has several types of bacon but we prefer Fletcher’s in either maple or pepper-crusted. Both bacon varieties taste great in this salad, but when using the pepper-crusted variety you might want to adjust the quantity of peppercorns used in the dressing based on your personal preference. If you opt to add chicken and you are doing your shopping at Costco, go for the organic—compared to what organic meats can cost in smaller stores, it’s a relative steal and worth the money.

(No Costco card? Not a problem.  Most of these ingredients can easily be found at regular grocery stores as well.) 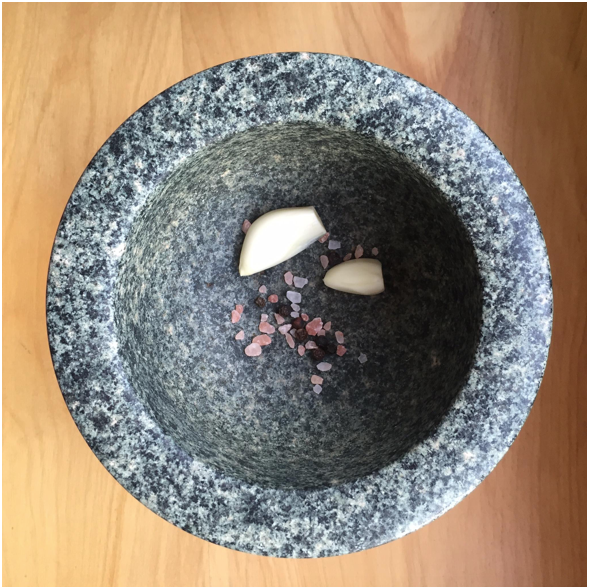 If serving as an entree this recipe makes plenty for two but can serve up to four people as a side portion served with soup, bread, or another item. Total cooking time, including prep, 35 minutes. Garlic Vinaigrette recipe adapted from In The Green Kitchen by Alice Waters.

For the Garlic Vinaigrette:

More salt and pepper to taste

*Parts of the vinaigrette are made with a mortar and pestle. If you don’t have one, you can still make the dressing with a few alterations. The beauty of this recipe is the flavor that seeps out of the garlic after it is pulverized and allowed to marinate in the red wine vinegar. You can use a garlic press or very finely minced garlic as an alternative, but you’ll need to increase the amount of time the garlic marinates in the vinegar. If you are open to one more kitchen tool, the mortar and pestle might surprise you in its usefulness! 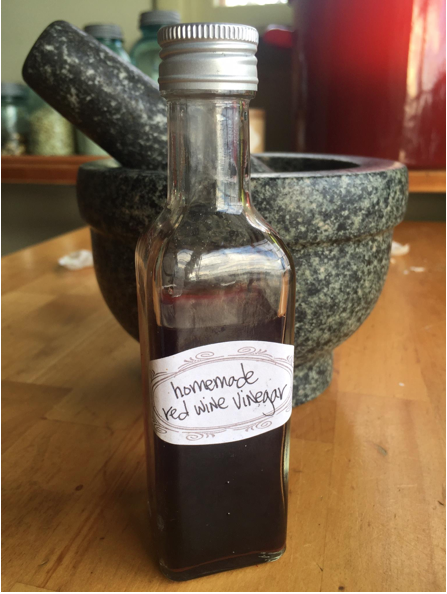 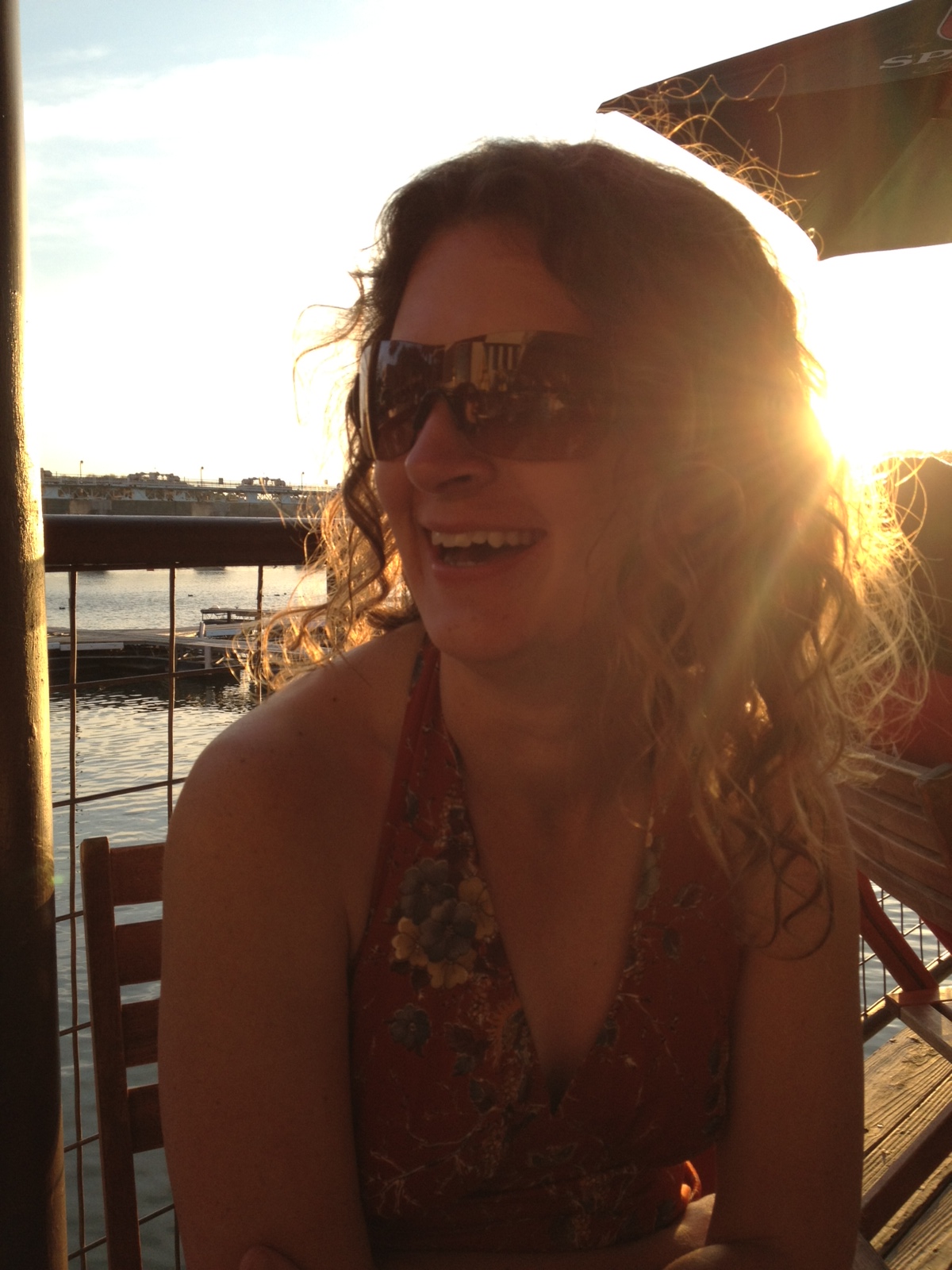 Stephanie Johnson spends the vast majority of her time running. Sometimes it’s long distances for fun with her dog, Jacques Frederick Mugnier. Other times, it’s laps around the Bear Tooth Theatrepub & Grill as the General Manager (she also co-owns Dos Manos, a funky Spenard boutique that has a tower). She loves food, and would eat it every day if she could. Put a glass of good pinot in one hand, an extra-tiny cup of coffee in the other, and, wait…which hand is going to hold the popcorn?

*City Kitchen is a series of recipe blog posts contributed by community members, including my food journalism class at UAA.