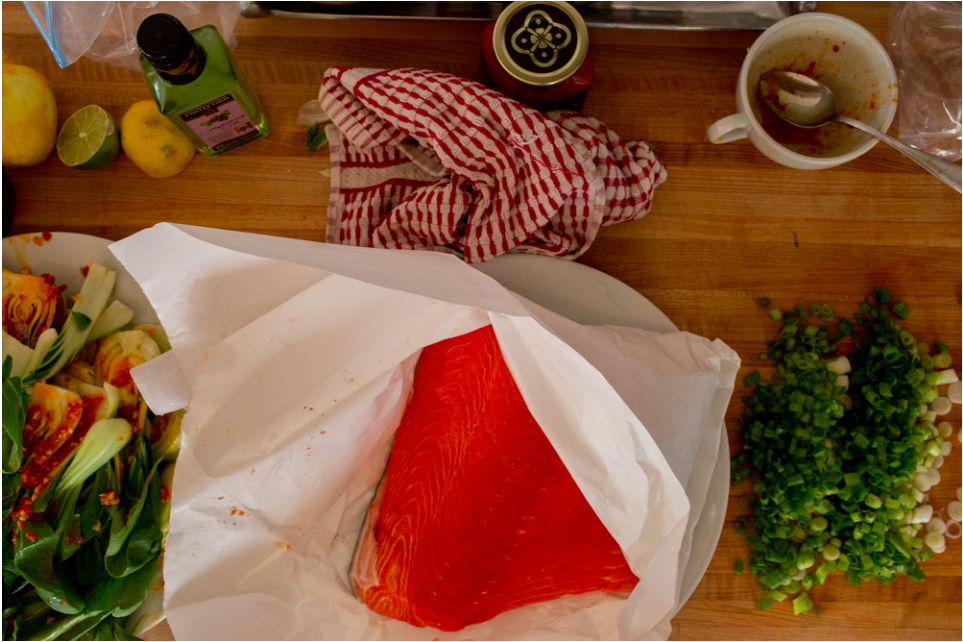 My essay, “The Right Kind of Hungry,” on grilling salmon in the collection Made of Salmon was just published online as part of the Salmon Life project (with gorgeous photos by Ash Adams). In case you didn’t get a chance to see it in the book, here’s a taste…

I will give you my salmon recipe. It is simple, delicious, and particularly impressive considering some of the not impressive salmon recipes in my genetic code. Take my grandmother’s which I won’t give you, not because it is secret, but because I can’t encourage cooking in a dishwasher. All I’m going to say is that it involves Saran Wrap, the top rack, and the sanitize cycle.

Some of my eight uncles and aunts on my father’s side, the older ones, say the dishwasher story can’t be true. But others, the younger ones, saw it with their own eyes. It’s weird, sure, but, they told me, the fish comes out of the dishwasher impossibly tender. And that’s what everybody wants.

My parents tell me that when they were growing up in the little town that was Anchorage in the late 1950s and early ’60s, people didn’t eat grilled salmon all summer long the way we do now. Certainly, some people fished. Some people smoked salmon or canned it. But it wasn’t usual to find fresh salmon in the grocery stores. Salmon wasn’t the go-to. It wasn’t as common as, say, frozen fillet of sole purchased at the commissary, which was served at the O’Malley house on Fridays with regularity.