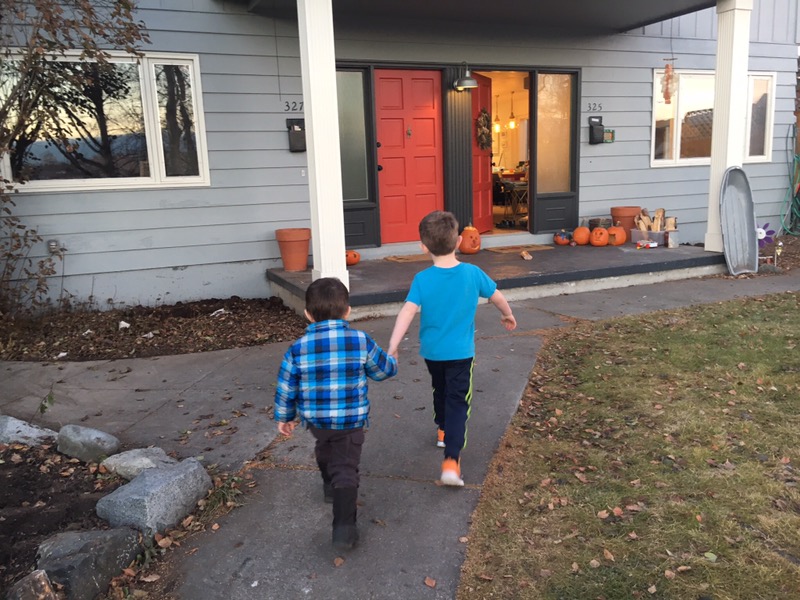 I didn’t vote like most people here on Tuesday and I was surprised by the result of the election, though maybe I shouldn’t have been. As a gay person and a journalist, this election makes me worry for my job and my kids, but it also makes me better understand my neighbors. There’s more to my relationship to this place than politics. I think a lot of Alaskans feel that way. I wrote about this yesterday for The Guardian.

Here’s how it begins:

My dad and I have been rehabbing my old porch this fall. We’ve done most of the work ourselves but for certain things we’ve hired help, and so I’ve been spending some afternoons with an electrician and a painter. They are kind, hard-working guys. I’m always happy to see them in their trucks, backing into the driveway.

The electrician went to school with one of my younger brothers and lived for a short time at my mom’s house when he was a teenager. Now he’s a dad and a former marine, something that makes me proud of him. He’s thoughtful, mature and competent.

He was also leaning towards Trump last time we talked.

Our sons started kindergarten on the same day this fall. We exchanged pictures of them in first-day clothes. We were both emotional. Me, because of passing time. Him, because he worried for his kid’s safety. It might not be rational, he told me as I watched him twist wires, but that’s how he feels. As the conversation went on, he lifted his pant leg to show me a small handgun strapped to his ankle.

Many people own firearms here in Alaska, and many people carry them all the time, often concealed. It’s part of the culture, and practical in rural places. Even so, I thought about my electrician friend later, about feeling like it might come down to that, that you might need to protect yourself and your family because nobody else would.

The next time he came by, we talked about the election. He’s self-employed. Alaska’s health insurance situation under Obamacare might be the worst in the country. That alone was a reason to want a change. Plus, he’d read somewhere about Clinton being in poor health. I told him I was voting for her. I wasn’t passionate about it, but I’m a journalist, gay, married, with children, I said. I didn’t want to end up in the clink.

We both laughed. He flipped on the lights and they worked. It was about time for him to head out, he said.

Next came the painter…