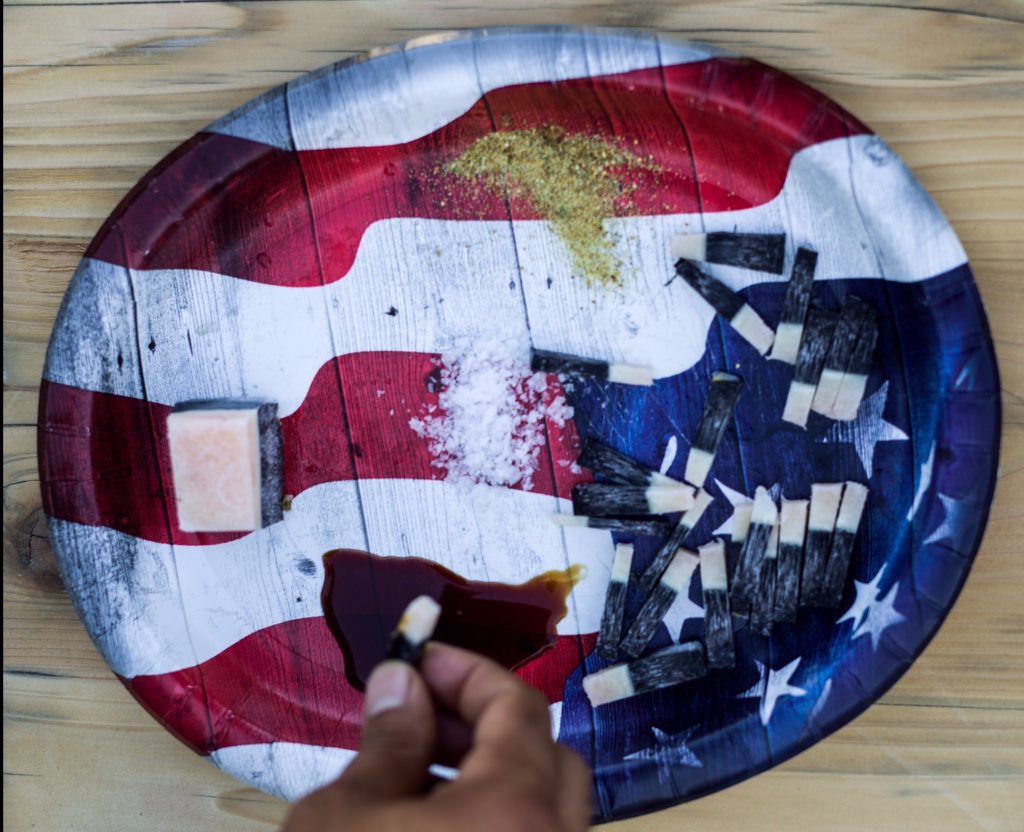 I loved learning about subsistence culture as I reported this story for the fall issue of Edible Alaska (Photos by Ash Adams):

The 30-day whale diet started as a joke. It was Christmastime 2016 and Josh Ahsoak’s sister, AnnaFlora, was visiting him in Anchorage. She was doing a 30-day CrossFit diet and was trying to get him to join her. Ahsoak wasn’t sold on her regimen, but it did make him think.

“I had a bunch of life stuff I was dealing with, including trying to get my health and my weight under control,” he said.

Ahsoak, 38, is an Anchorage-based attorney by education. By avocation, he’s a hunter. Ahsoak is Inupiat, with roots in Barrow, where he is on his family’s whaling crew. He travels frequently in the state and estimates he spends about a third of the year subsistence hunting and fishing.

As his sister listed her new dietary restrictions, his thoughts turned to his freezer and the array of wild food inside: fish, birds, seal, walrus, bowhead. “At any given time, I will have anywhere between 50 and 500 pounds of just incredibly good meat and fish on hand from all the hunting and fishing activities,” he said. What would happen, he wondered, if he switched to a traditional Alaska Native diet for a month?