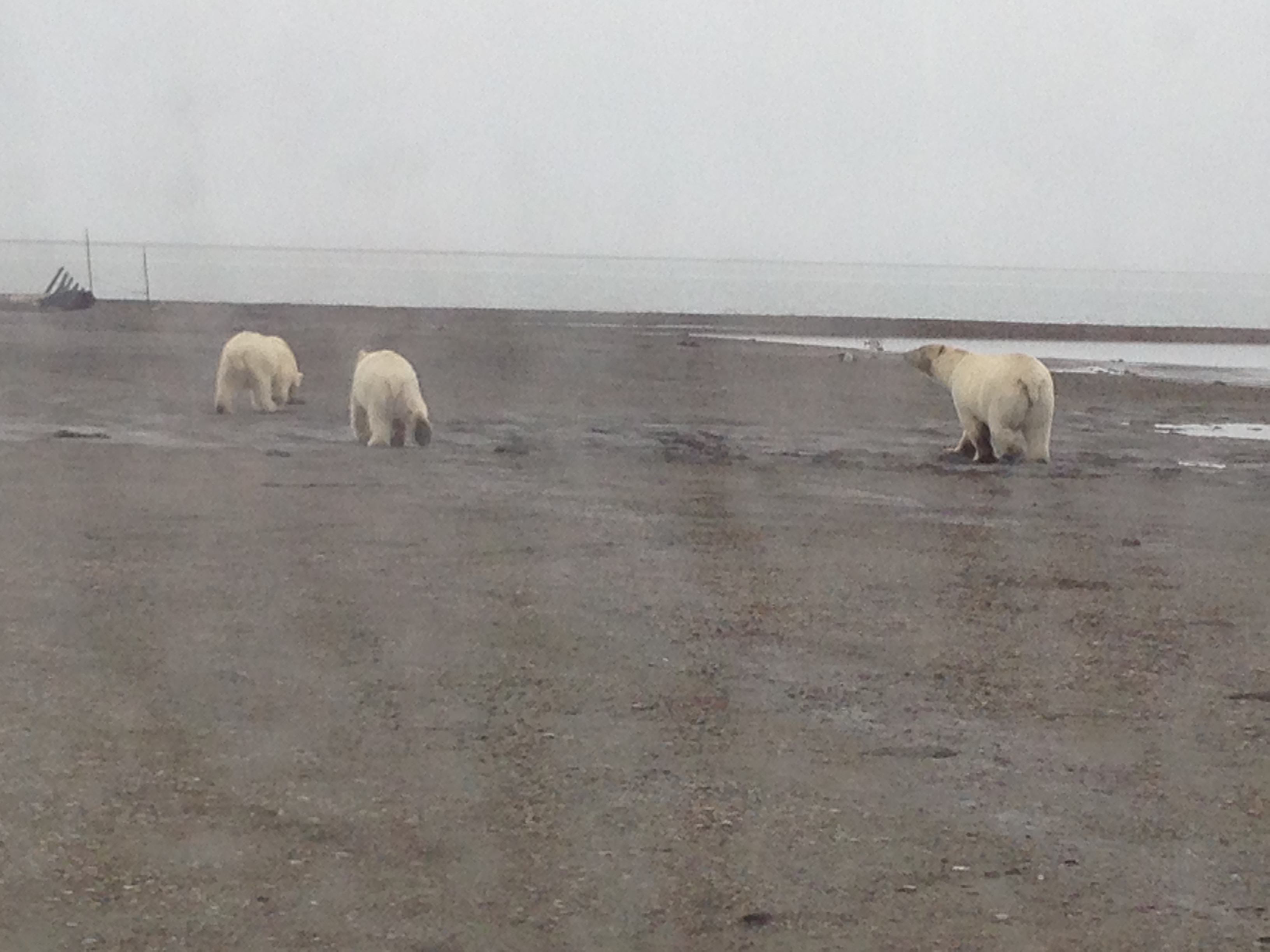 For years, I have wanted to travel to Kaktovik, a town on the Beaufort Sea where polar bears gather. I wanted to go even more after I wrote about Flora Rexford, a local teacher, who posted amazing bear photos on Facebook. I was lucky enough to travel there, finally, to do a project on polar bears and climate change for Al Jazeera America. Here’s the beginning of the story I wrote, with photos by Katie Orlinsky:

KAKTOVIK, Alaska — In Betty Brower’s memories, there is always ice. Even in the summer, when the sea around Barter Island was open, she could look out and see the jagged shapes of icebergs on the horizon.

Brower is 81 years old, a great-grandmother who has lived all her life along the northern coast of the Beaufort Sea, the last 60 years in this Inupiat village of about 250 people on Barter Island. In the mid-1990s, summer ice began to disappear, she said recently, speaking in Inupiaq as her daughter Marie Rexford interpreted. The period of open water grew longer, she said. And then came the bears…. Read more here.

And, bonus!, here’s a video of a polar bear following our boat.