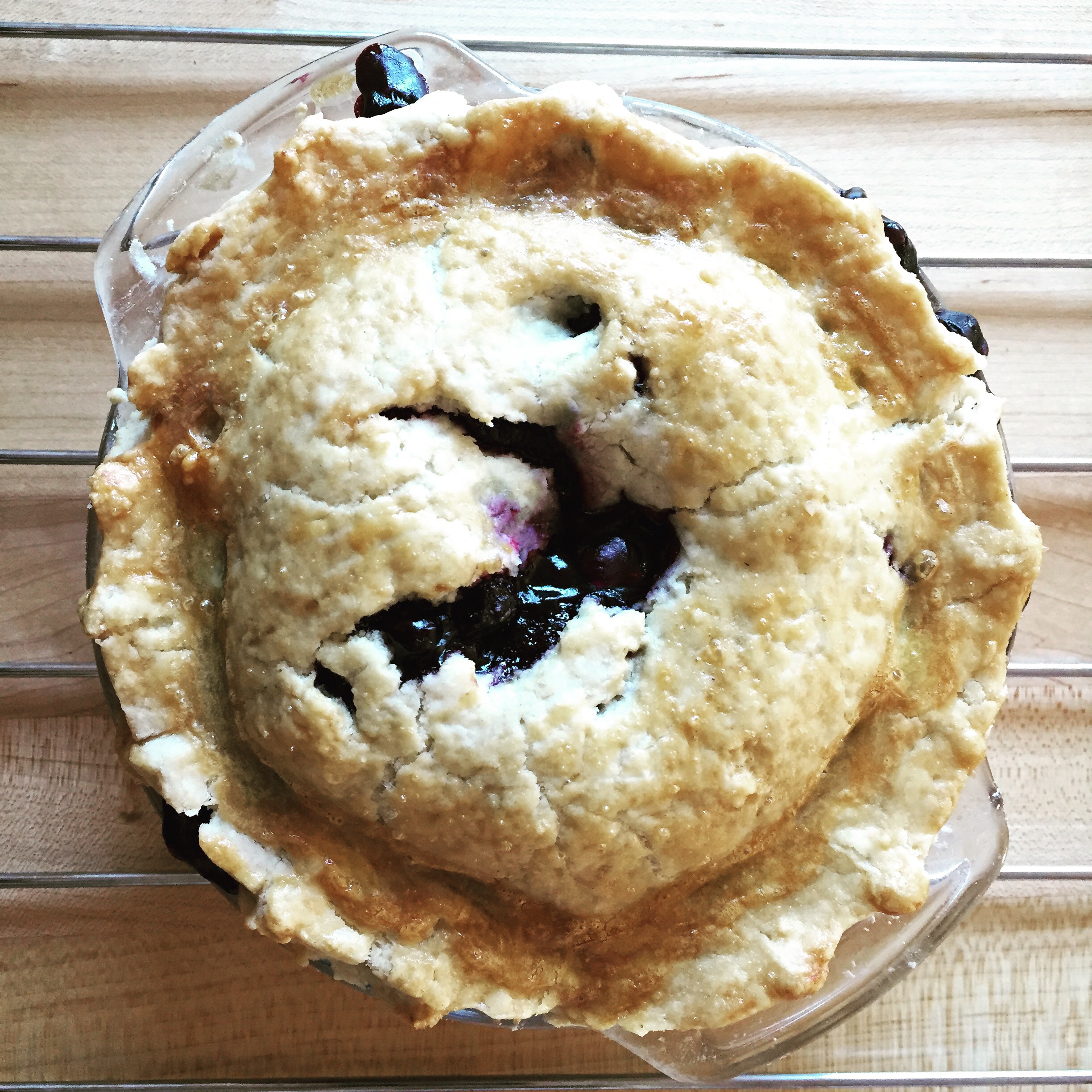 Here comes August, with dewy mornings and practicing geese flying over in half-Vs. I opened the door the other day to get the paper, and there was just the tiniest nip in the air. Blueberry weather. And so, over the weekend, we loaded up the car and headed up into the Chugach Range. Location: I’ll never tell. 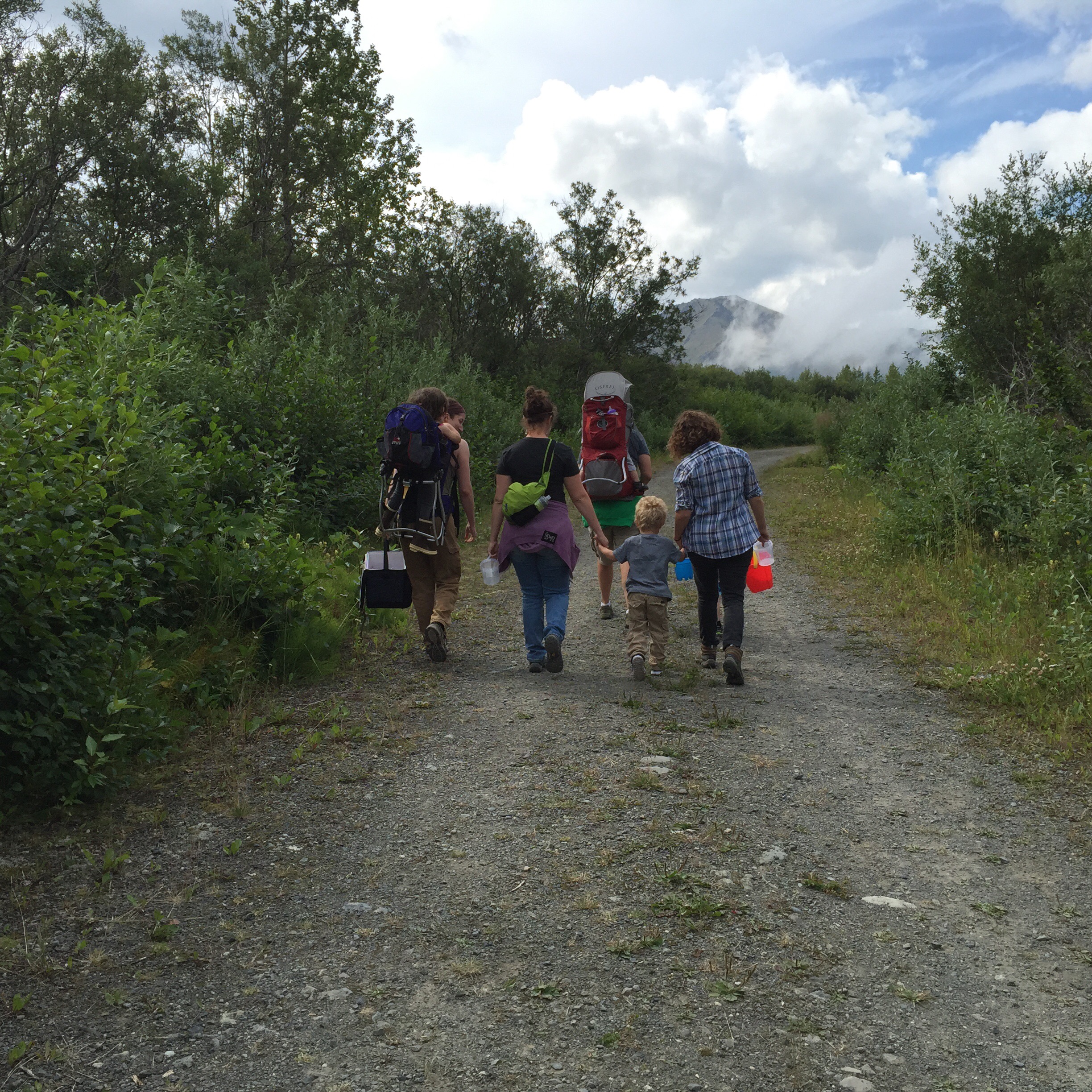 I used to be a lot more hardcore about berry-picking before I had kids. Now, if we just get on the trail, I consider it a victory. Hiking up with the two of them (and our friend Natasha, her sister Alex and her son Jack and our friend Katrina and her daughter McKay) was a workout. Especially for Sara, who carried all 25 pounds of Neri on her back. Leo naturally ran the whole way. After many stops and starts, we made it to one of our usual spots.

The picking occupied the boys more than I thought it would. And it was hot. Leo took off his shirt like a mountain runner. He’s also wearing swim trunks for reasons I can’t explain. 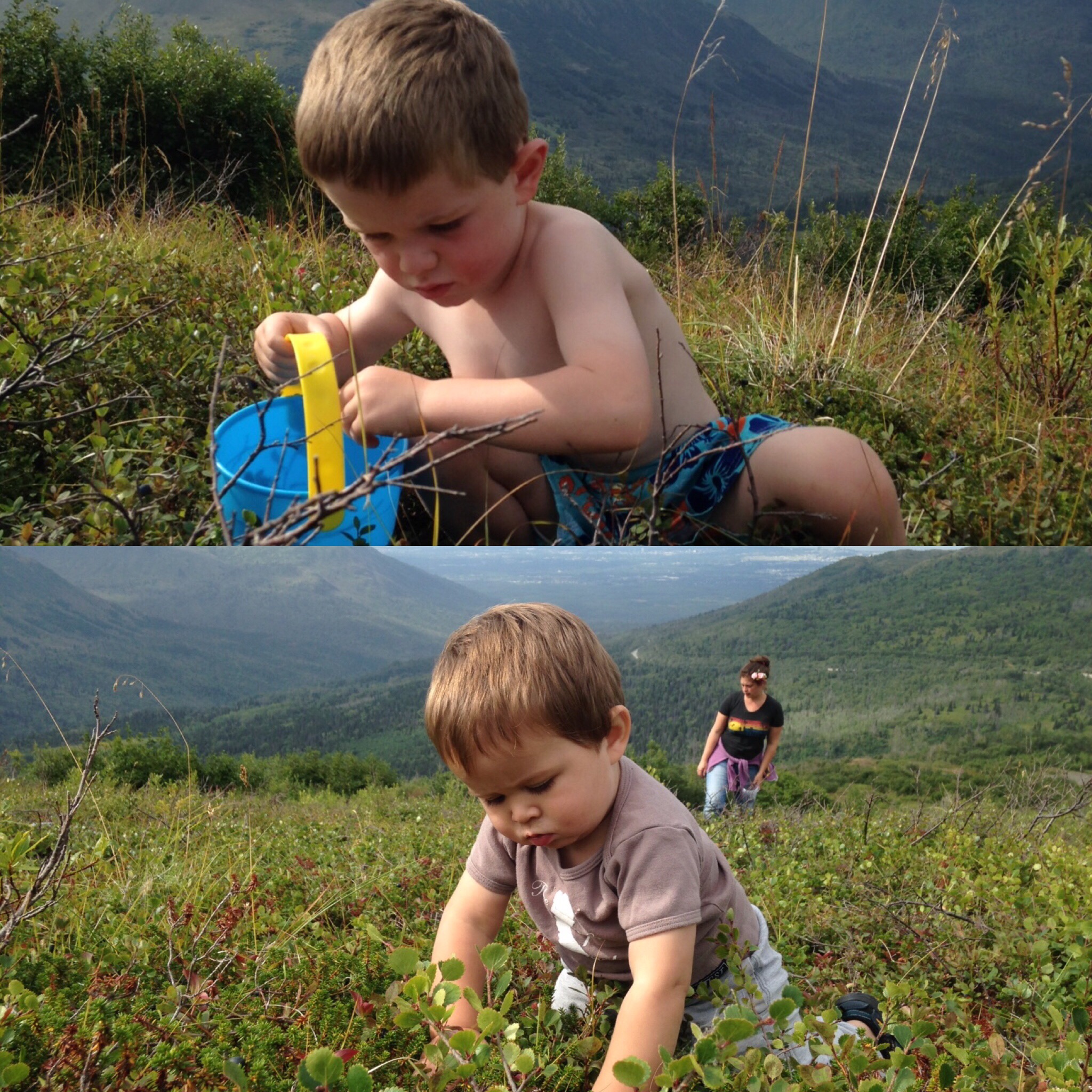 It has been so hot and dry that the berries were small this year, ripe early and extra sweet. Some of them were borderline raisins. We picked crowberries too, even though they taste like water. Neri ate several tons of them. 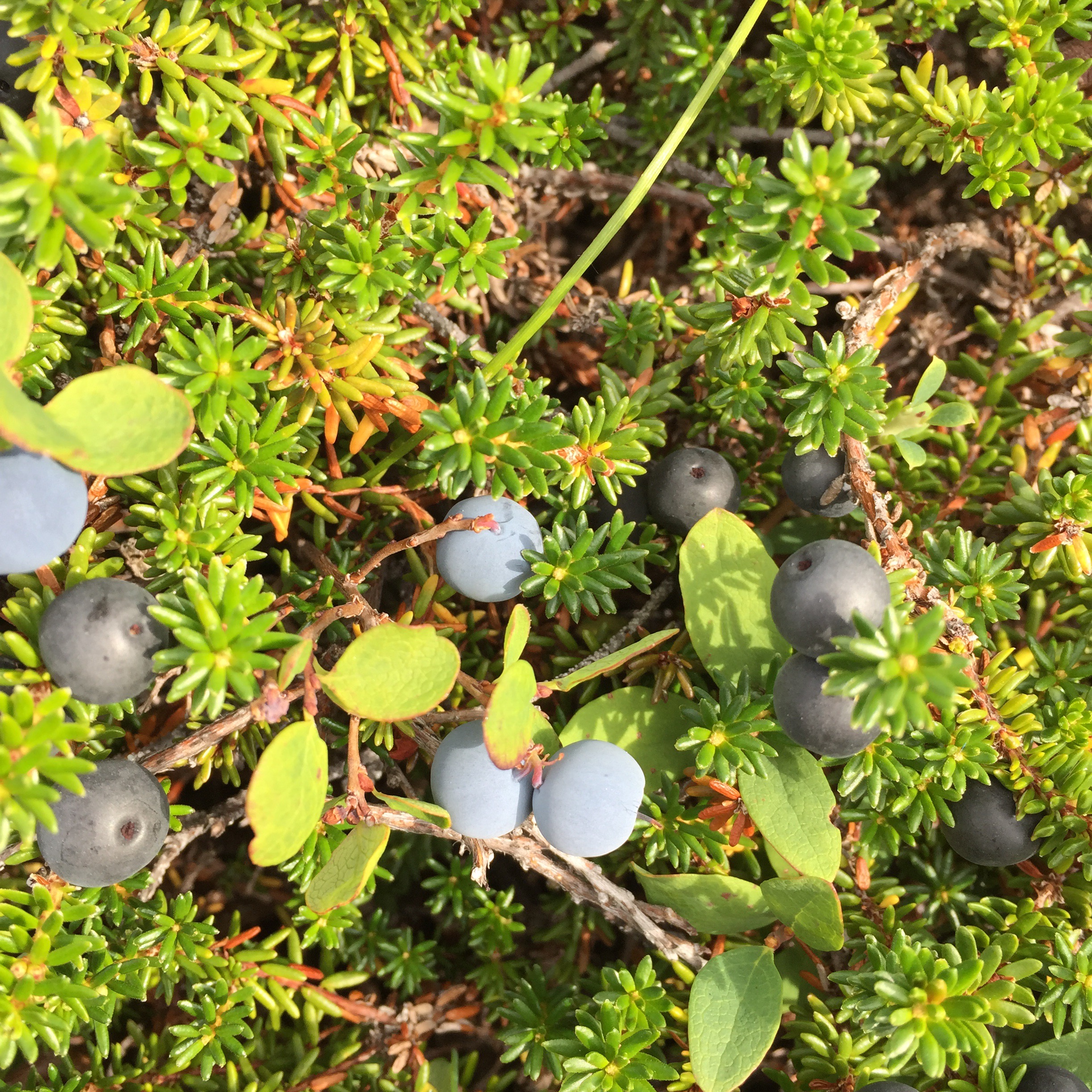 After an hour or so, the kids were getting antsy. By then we had enough for a pie. Okay, we had enough for a mini pie. After some string cheese, animal crackers and smoked salmon to fortify us, we headed back down the mountain. Just in time for car naps. 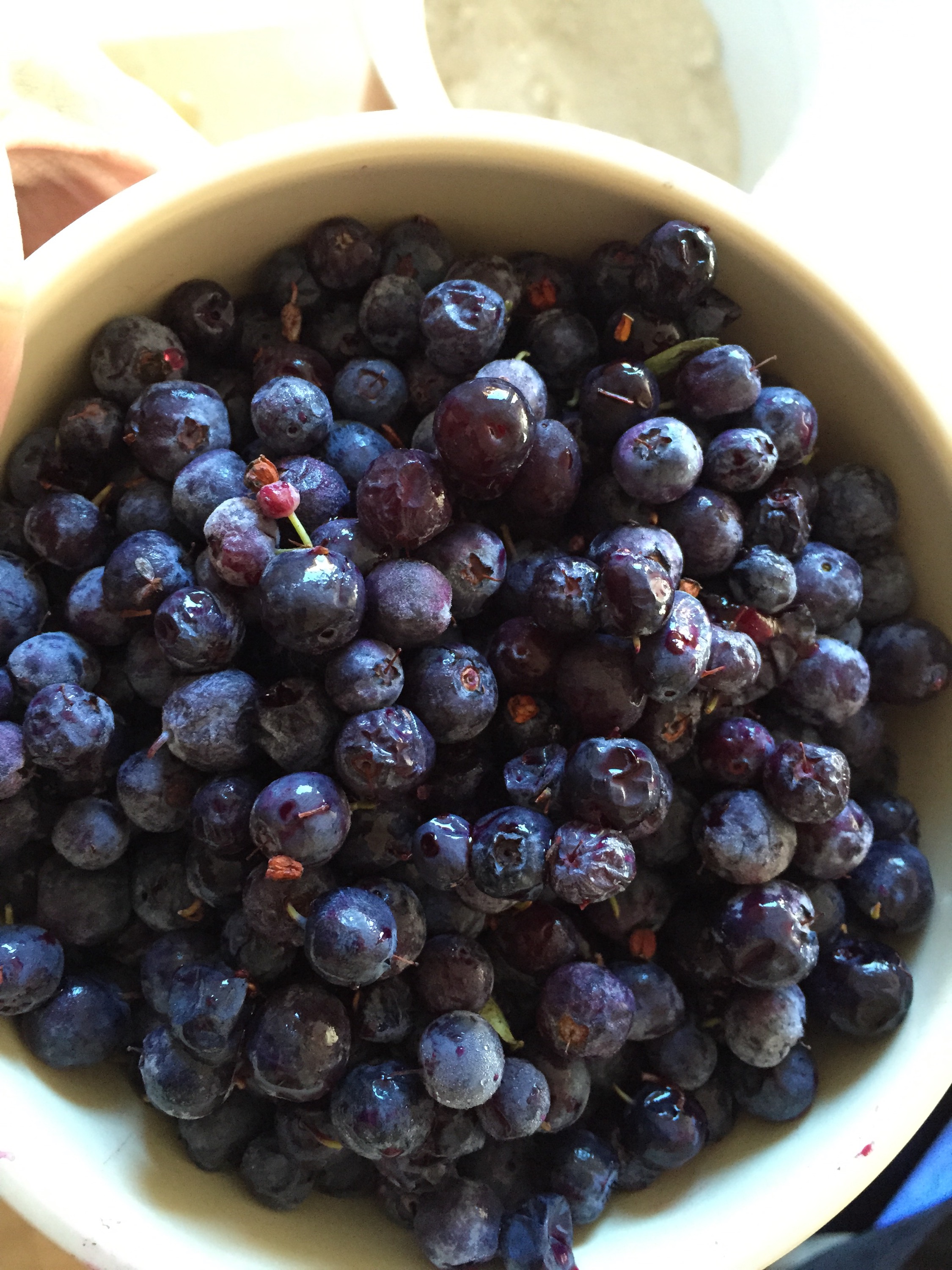 Next step: pie. Uncle Tommy, Girdwoodian master of pie arts, helped. (Translation: he made the whole damn thing while I was writing upstairs. Bless him.) Neri did the food styling. We embrace imperfection. 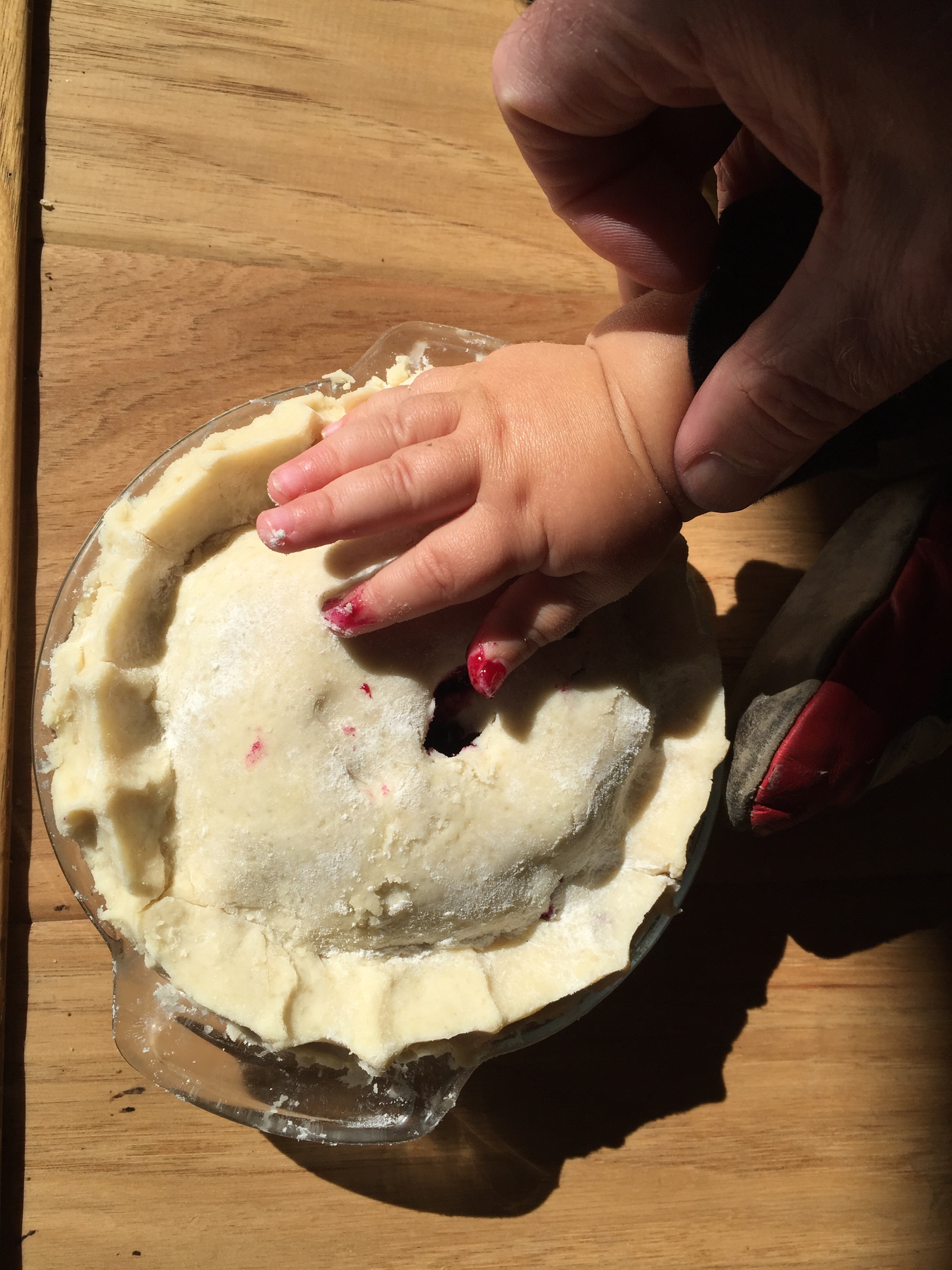 In case you find yourself in a similar situation, here is the recipe:

One ball of pie dough. Use Tommy’s foolproof recipe (including a gluten-free version) here.

2 cups Alaska blueberries, washed, with most of the leaves, stems and spiders removed

Roll out half the crust (see the pie post for detailed technique) and press it gently into the pan. Combine the rest of the ingredients with the berries in a bowl. If using tapioca and frozen berries, make sure they are thawed enough that the tapioca sticks to them and mix really well. Pour the berry mixture into the crust. Roll out the other half of the crust and place it on the top. Crimp edges and brush with milk. Bake at 350° for 45 minutes, until the filling bubbles out the crust.

Save the last piece for breakfast. 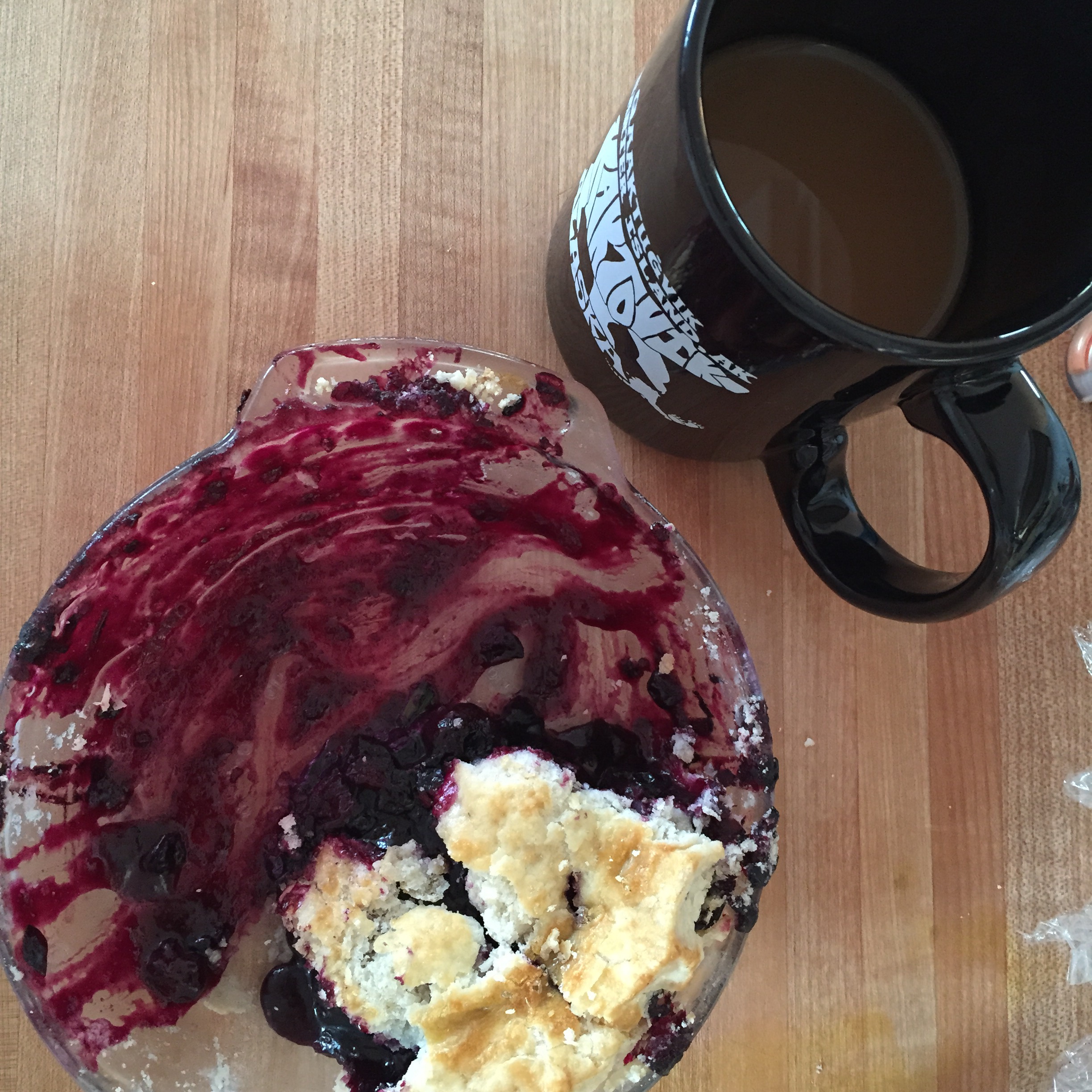 (Natasha, who picked more, made jam! Find her recipe here.)

One thought on “Friday is (Alaska Blueberry) Pie Day”