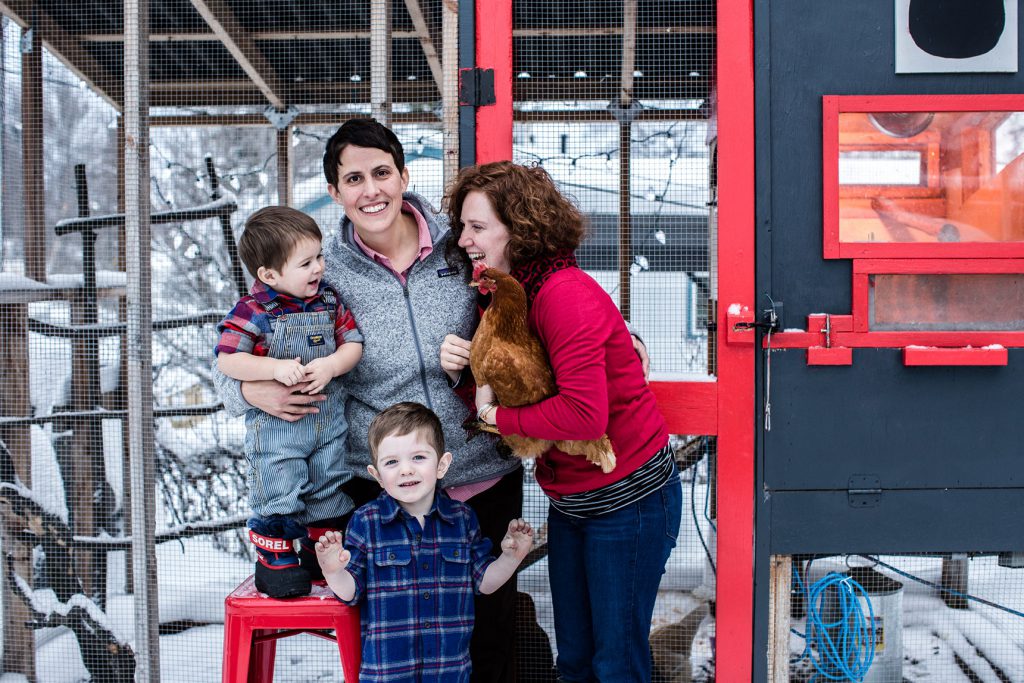 I can’t believe that a year has passed since our last family photo! Over the year, we’ve added some chickens to the mix. Naturally, they are the stars of this year’s holiday shoot with our dear friend Ash Adams, who has such a great sense of humor and a way with kids. Leo named most of them after his favorite movie, Big Hero 6. They are Hiro, Bamax, Tadashi and, for reasons I can’t explain, Bubba. (That’s Bubba in our family photo. Her little comb has some frostbite on it, poor girl. I’ve since improved the coop heat situation.) Neri, who is up first in the morning and has been collecting the eggs with me, calls them “Bok Boks.” That name has kind of stuck.

Here’s their coop, which we were lucky to inherit from some neighbors who had it in their backyard but didn’t have chickens (thanks!). It’s all decorated for Christmas: 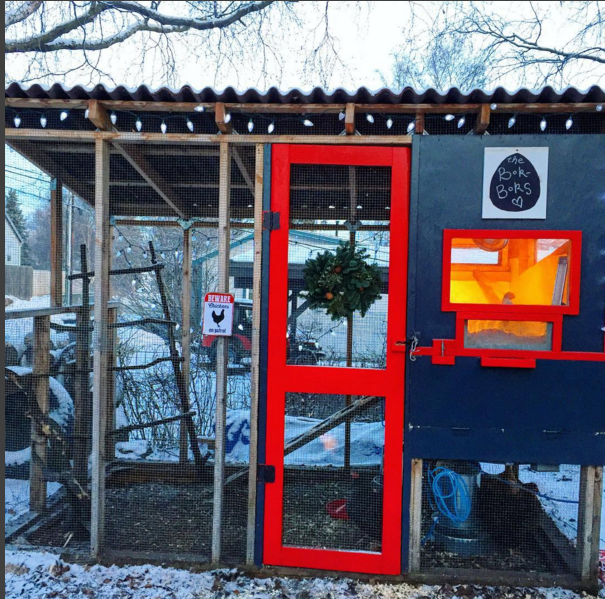 They were babies just this spring at being raised by Sara’s cousin Emily at Twitter Creek Gardens in Homer. And now, they’ve finally started laying:

They have been way more fun than I expected.  And the fresh eggs are great. I love giving them to friends and family almost as much as I love eating them.

Anyway, thanks Ash, for these great photos: 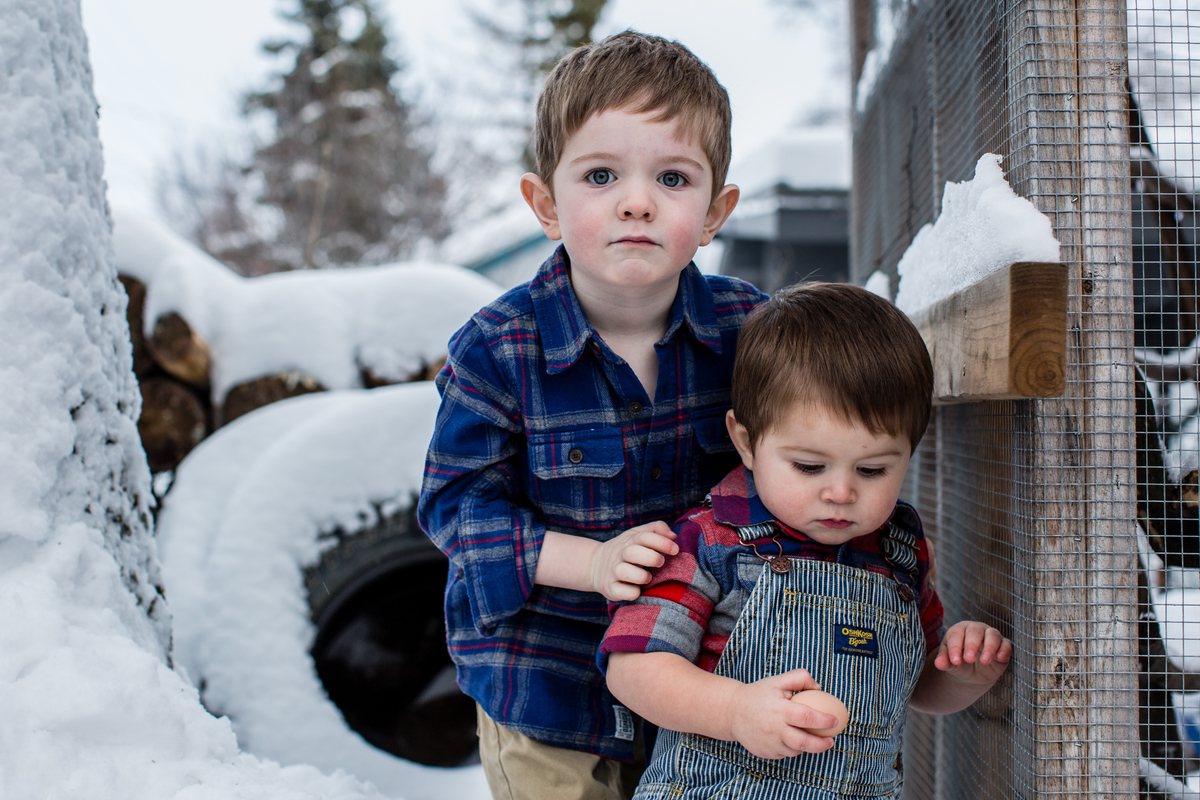 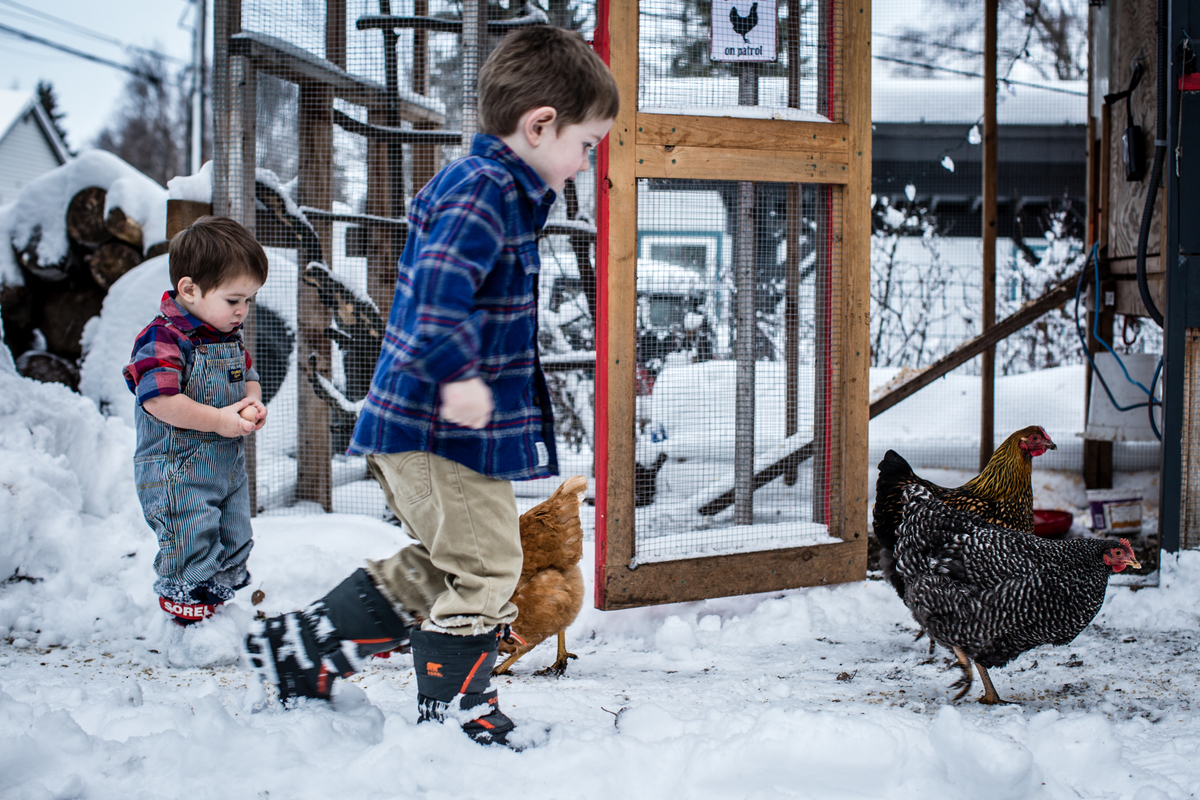