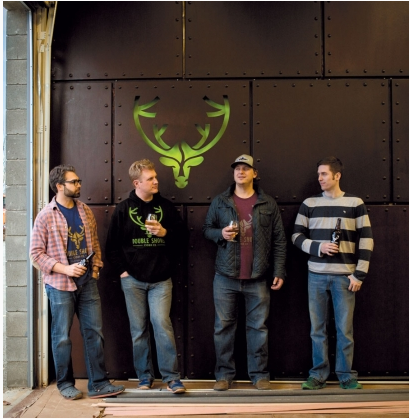 I’m so excited to be part of the new Alaska food magazine, Edible Alaska. The first issue is gorgeous.  Look! You can find it at La Bodega in Anchorage. 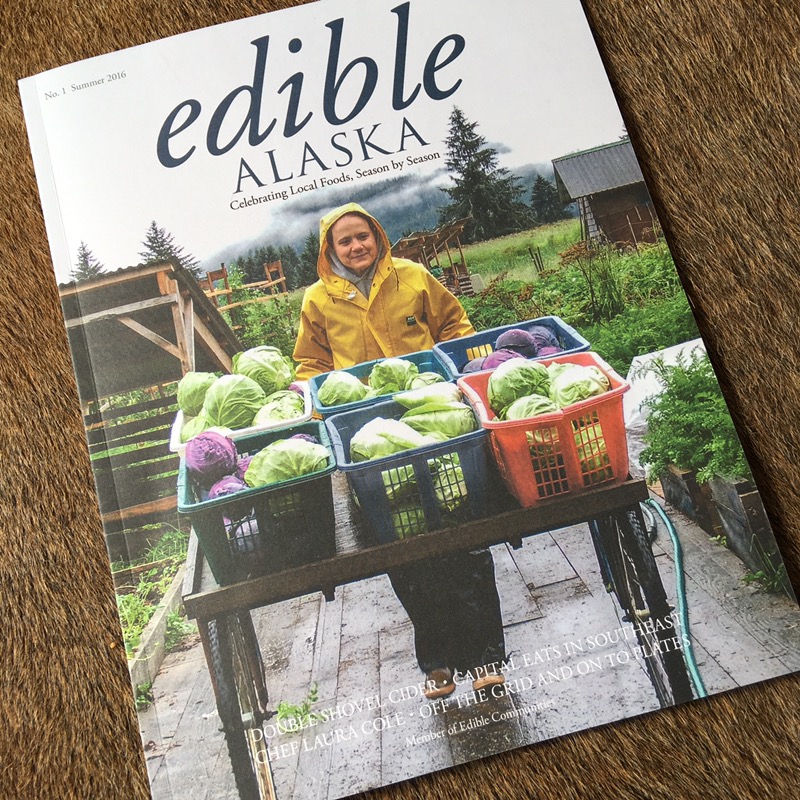 (I had a great time meeting the guys who have started the state’s first cidery, Double Shovel. Their cider is available now!)

Here’s the top of the story:

Anchorage diners will see a new local brew on the drink menu this summer, and it won’t be beer. Hard cider from Double Shovel Cider Company will be on tap at city restaurants just about the time Anchorage’s crabapple trees bloom.

“We want this to be like a local microbrew, but something different,” said one of the owners, Galen Jones.

Double Shovel will also offer growlers at its warehouse taproom off Potter Drive.

The company—named for a caribou antler configuration prized by hunters—was started by three 30-something engineers: Jerry Lau, his brother Jack Lau, and Jones. All three grew up in South Anchorage and are childhood friends. Galen and Jerry don’t eat wheat (and therefore don’t drink beer). They were serious hobby cider makers before they started to work on their business plan three years ago.

Their market research showed them two important things: cider-drinking is a growing trend, as is the gluten-free movement, Jack Lau said. It also doesn’t hurt that Anchorage has a healthy brewery scene. The city loves local.

“What does every restaurant want right now? They want at least one cider tap,” Jones said. “And they want local. We’re both.”

Pick up a copy, or read more here.