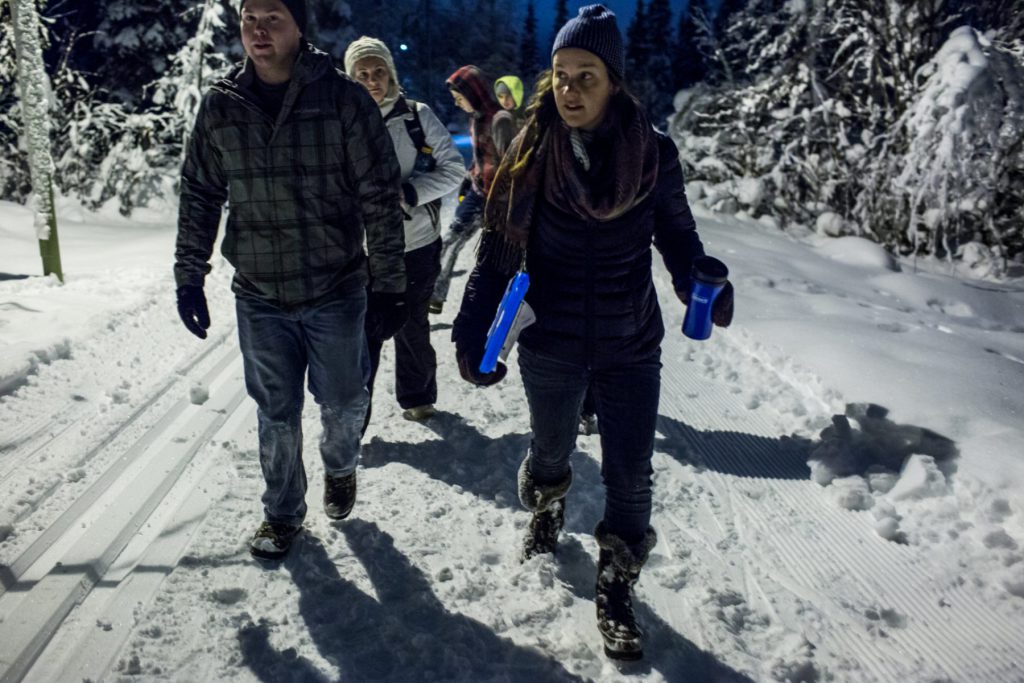 I am helping The Guardian with a large project on homelessness in the west funded by the Bill and Melinda Gates Foundation. Below is the beginning of one of the first stories in the project. (Photographer Ash Adams and I contributed from Alaska.) I’m looking for more story ideas, especially ones that involve innovation and solutions, about homelessness in Alaska.

How America counts its homeless – and why so many are overlooked

They dressed in several layers of clothing or donned old hats. They carried blankets and cardboard boxes. It was approaching midnight in New York one night in March 2005, and recruits who had been paid $100 each to pretend to be homeless were fanning out across the city.

There were 58 sites dotted throughout the metropolis. Pseudo-homeless people arrived at subway stations in Manhattan, back alleys in Staten Island and Queens, the front steps of a church in the Bronx.

Then they waited to see if anyone noticed them.

The actors were taking part in a peculiar experiment led by Kim Hopper, a researcher then at the Nathan Kline Institute for Psychiatric Research. The purpose: to analyze the effectiveness of the city’s count of homeless people.

Hopper and his colleagues found that actors at almost one in three of the sites reported being missed by counters. And these were people who wanted to be counted. They did not include the swaths of genuinely homeless ensconced in corners of the city. “Invisibility serves the purpose of security and uninterrupted sleep,” the researchers noted.

Just over a decade later, questions remain about the reliability of America’s biennial street count of homeless people, an extraordinary undertaking in which thousands of volunteers head out into the darkness in cities, forests and deserts around the country.

It still takes place mostly at night, relying on volunteers who are often equipped with nothing more sophisticated than clipboards, pencils and flashlights.

But supporters of the count, which is run by local communities in return for federal dollars and may be the largest tally of homeless people in the world, argue that it is a crucial mechanism to keep track of people who often exist outside of government bureaucracy.

Even if the figures are open to question, they provide a window into the landscape of America’s homelessness problem – and a sense of how it is changing over time.

“The bottom line is that it’s imperfect, but I don’t know that we could do a better job,” said Dennis Culhane, a University of Pennsylvania researcher and a principal investigator on the homelessness reports that are presented to Congress annually.

The most recent report found that on one night there were 549,928 homeless people in America.

Read the rest of the story, including scenes from Alaska’s most recent homeless count, here.

2 thoughts on “For The Guardian: Homeless in America”