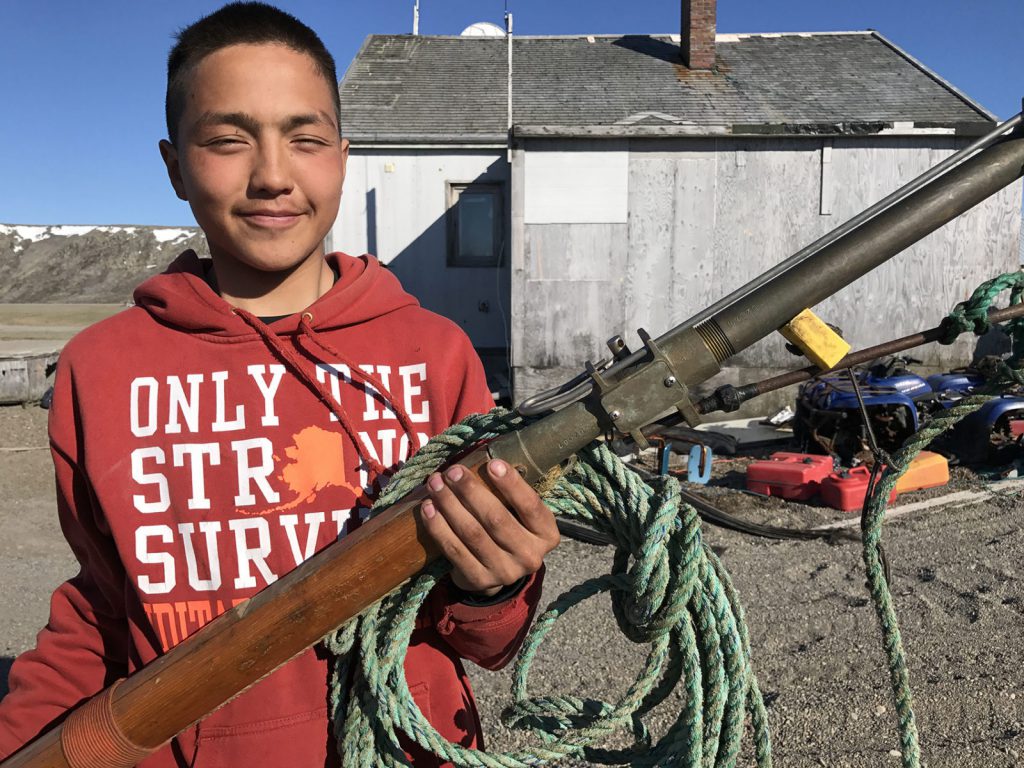 This is a truly Alaskan sort of food story because in Alaska’s rural places, subsistence foods mean far more than dinner on the table, it’s about culture, values and community. I’m very grateful photographer Ash Adams and I had the opportunity to travel to Gambell for High Country News to hear the story of a teenage whaler, Chris Apassingok, who became a target of online harassment after he took his first bowhead whale.

Here is a meal we shared with his family: 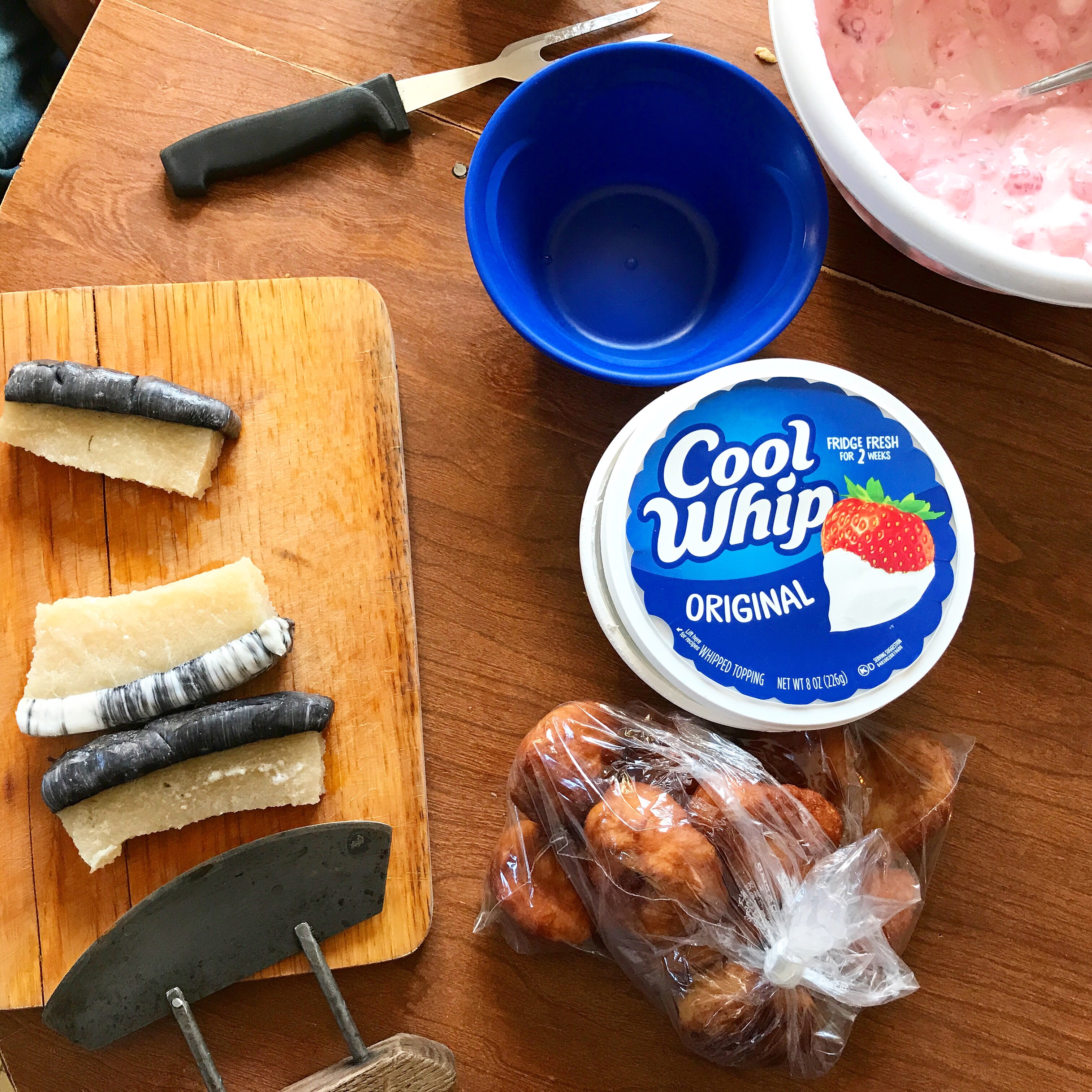 Here is how the story begins:

Gambell, Alaska — Before his story made the Anchorage paper, before the first death threat arrived from across the world, before his elders began to worry and his mother cried over the things she read on Facebook, Chris Apassingok, age 16, caught a whale.

It happened at the end of April, which for generations has been whaling season in the Siberian Yupik village of Gambell on St. Lawrence Island on the northwest edge of Alaska. More than 30 crews from the community of 700 were trawling the sea for bowhead whales, cetaceans that can grow over 50 feet long, weigh over 50 tons and live more than 100 years. A few animals taken each year bring thousands of pounds of meat to the village, offsetting the impossibly high cost of imported store-bought food.

A hundred years ago — even 20 years ago, when Gambell was an isolated point on the map, protected part of the year by a wall of sea ice — catching the whale would have been a dream accomplishment for a teenage hunter, a sign of Chris’ passage into adulthood and a story that people would tell until he was old. But today, in a world shrunk by social media, where fragments of stories travel like light and there is no protection from anonymous outrage, his achievement has been eclipsed by an endless wave of online harassment. Six weeks after his epic hunt, his mood was dark. He’d quit going to school. His parents, his siblings, everybody worried about him. 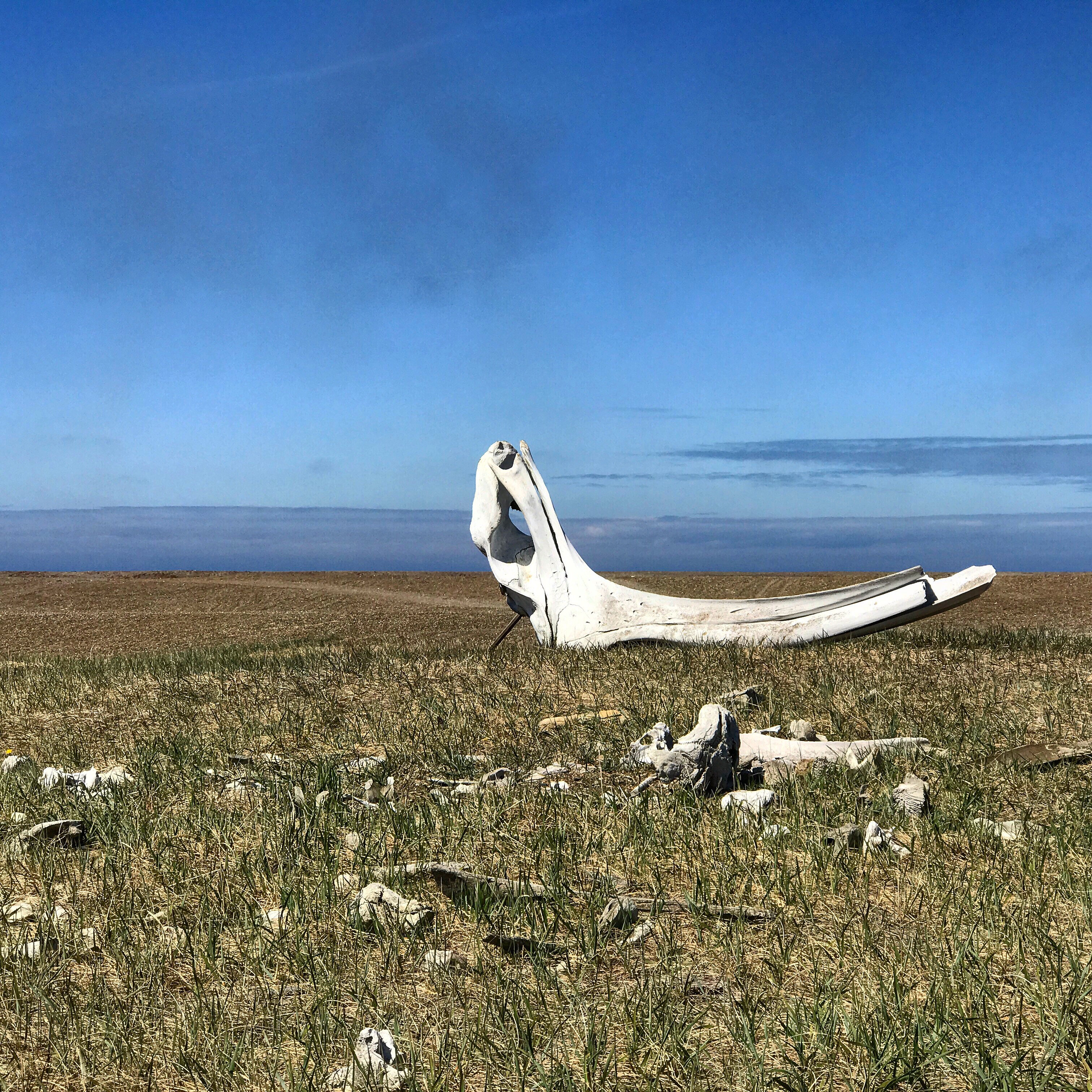 7 thoughts on “For High Country News: A Gambell teenager took a whale, now he’s haunted by death threats from across the world ”