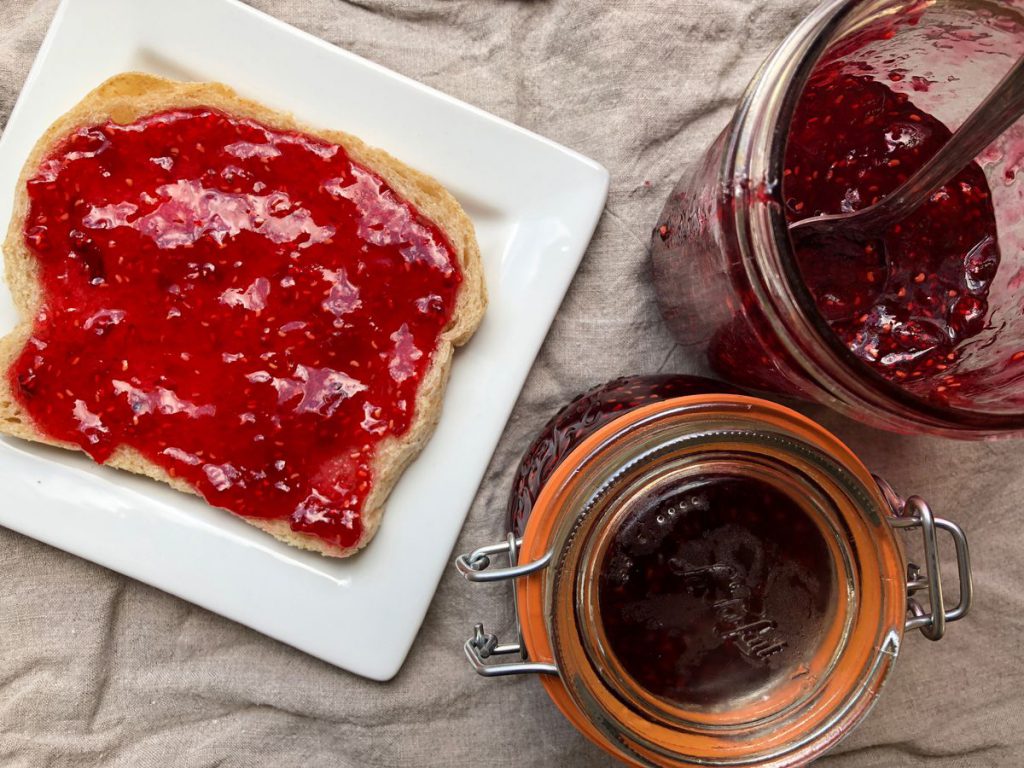 I’ve been working this week on the easiest possible raspberry jam recipe and, to fuel my experiments, have been picking raspberries from a bush that grows from a neighbor’s yard over the fence into my alley.

That neighbor’s house recently sold, but before that, it was occupied by the same woman for probably 50 years until she died. The raspberry patch is the most-Alaska kind: a thick and spidery tangle, heavy with fruit, creeping into the yards around it.

My kids aren’t big on jam (they are peanut-butter-obsessed weirdos), but I had to make three batches to get it right. When I left for a walk on Wednesday night, I had a whole bunch of jewel-tone jars on my counter and a question in my head: What will I do with this jam?

A few hours later, on my way back from the walk, I saw a woman slipping out of the fence in the yard of the house with the raspberries. The house isn’t occupied, so I asked her who she was. Her eyes welled. She was the niece of the old woman who used to live in the house, she said. Her father, the old woman’s brother, was out of state, dying, she said. She wasn’t sure he’d make it through the night. She couldn’t be with her family, she said, but she “just had to pick some raspberries” to feel connected to them.

And then I knew what to do with my jam. I went home and got her a jar.

This jam recipe requires no pectin and is pretty hard to mess up. If you want, you can sterilize the jars before you fill them and process them for 5 minutes in boiling water. Otherwise, refrigerate it and eat it within a couple weeks. It makes more than enough for two 8-ounce jars.

Juice of half a medium-sized lemon

Wash jars. (Hack: I like to put them in the dishwasher and pull them out to fill when they are still hot.)

Mash raspberries and combine with sugar and lemon in a saucepan. Bring to a boil and then turn down the heat, stirring and scraping sides of the pan for about 30 minutes, until the jam has a thicker, syrupy consistency. Pour into your jars. It will thicken as it cools. Give one to a friend.