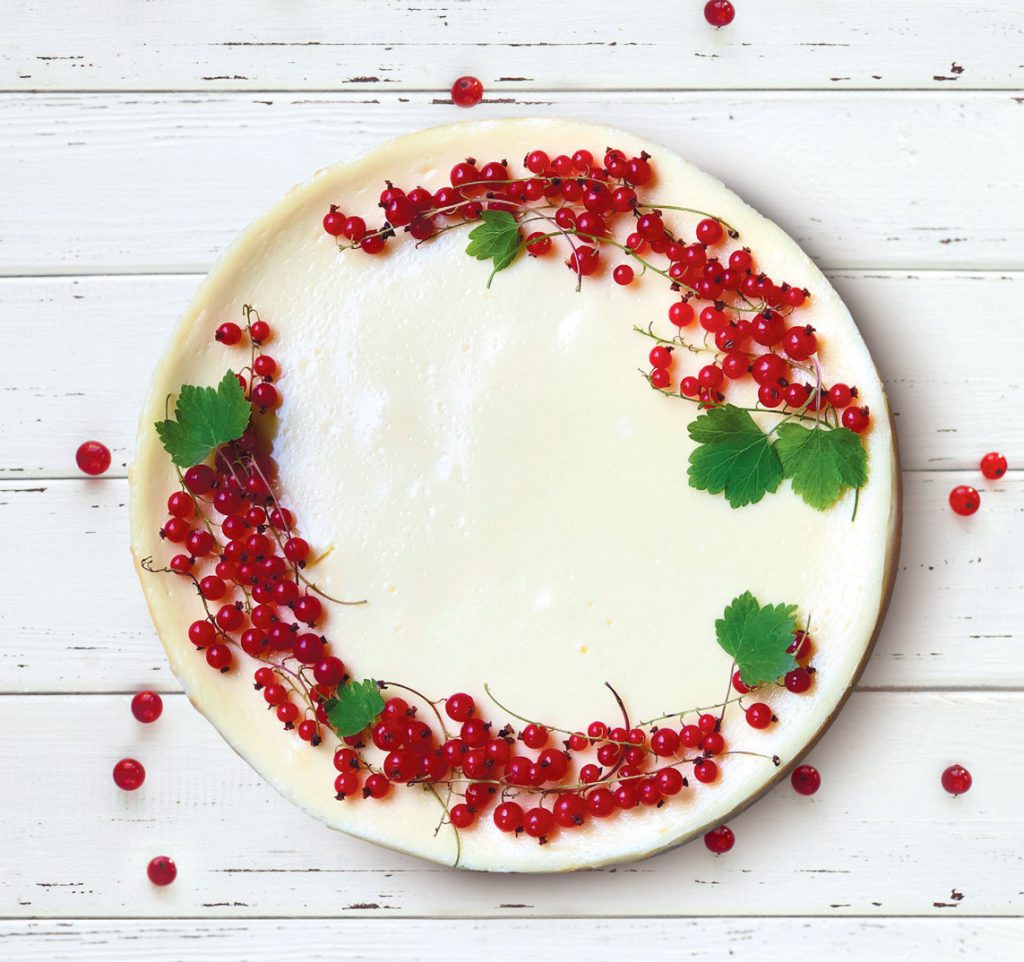 My Uncle Tommy, a menschy Girdwoodian in his mid-60s, tends to bake the way some people pray. He’s pagan, so he’d hate this comparison, but I’ve watched how he does it. It’s a regular exercise, contemplative, a little mystical. He often bakes for specific people for specific reasons, the way a church lady might attack a prayer list. He made pie for the mayor at least once after a tense public meeting. He baked for me to ease exhaustion after a new baby. This is the cheesecake he makes when someone has cancer.

Old recipe boxes are full of ghosts, and this isn’t different. It’s based on a famous cheesecake recipe from a restaurant called The Restaurant that existed long ago in Anchorage, at 3rd Avenue and E Street. It says right on it that it was stolen, either by an aunt or a long-deceased family friend. It was modified from restaurant bulk proportions down to one cake, though it still lists the ingredients by weight.

Tommy honed it a bit, making alchemic notes like “use a scant cube of butter.” It is a most perfect cheesecake recipe. Its flavor and texture are exactly what you want. It doesn’t crack. It holds up to a layer of chocolate ganache or rhubarb compote or any arrangement of berries or fruit. But over time, it’s become more than that.

It started with my Aunt Terry, Tommy’s wife. When she had cancer a decade ago, it was the only thing she could eat. Chemo ruins a person’s mouth and appetite, but cheesecake is rich, neutral, and sustaining, even when you can only stomach a few bites. Beyond that, it’s justice. When life has dealt you the cancer card, you get to eat a sublime, caloric dessert without a whiff of regret. Did the cake heal her? We’ll never know. But now, when someone gets that dreadful news, and the initial shock fades, and they find themselves deep in the grim routine of chemo and radiation, Tommy makes them the cake.

My dear friend has cancer as I write this, and by the time you read it, there’s no telling what will have happened. Her cancer is advanced, and she is young. And there are no answers to all the questions we have about the outcome. I made her the cake yesterday and brought it to her door. She was asleep, and so I left it. And then I drove home through the trees, hoping that in whatever mysterious way the world works, it might do some good.

Makes 10 servings
Ingredients:
For the crust:
For the filling:

Method: Preheat the oven to 350° F. Butter a 10-inch springform pan and then cut a circle and a strip of parchment paper and use them to cover the interior sides and bottom of the pan (the butter holds it in place). Mix graham cracker crumbs, sugar, and butter. Press the mixture into the bottom of the pan. Bake for 15 minutes, and then remove to cool. Turn the oven down to 325° and place a cake pan filled with water on the bottom rack.

To make the filling, beat the cream cheese until smooth in the bowl of a standing mixer fitted with a paddle attachment. Add the sugar. Beat until well combined. Add vanilla and almond extract, and the beaten eggs and yolks. Continue beating at medium speed, stopping to scrape down the sides, until smooth and well combined. Add sour cream. The final mixture should be very smooth. Pour it into the pan with the crust. Bake for an hour or slightly longer, until the filling is set and no longer shiny. It will continue to set as it cools. Cool completely at room temperature before refrigerating to avoid cracking.

Find  the recipe in Edible, where it was originally published. Subscribe to Edible Alaska.

One thought on “A stolen, bulletproof cheesecake recipe from an old Anchorage restaurant”