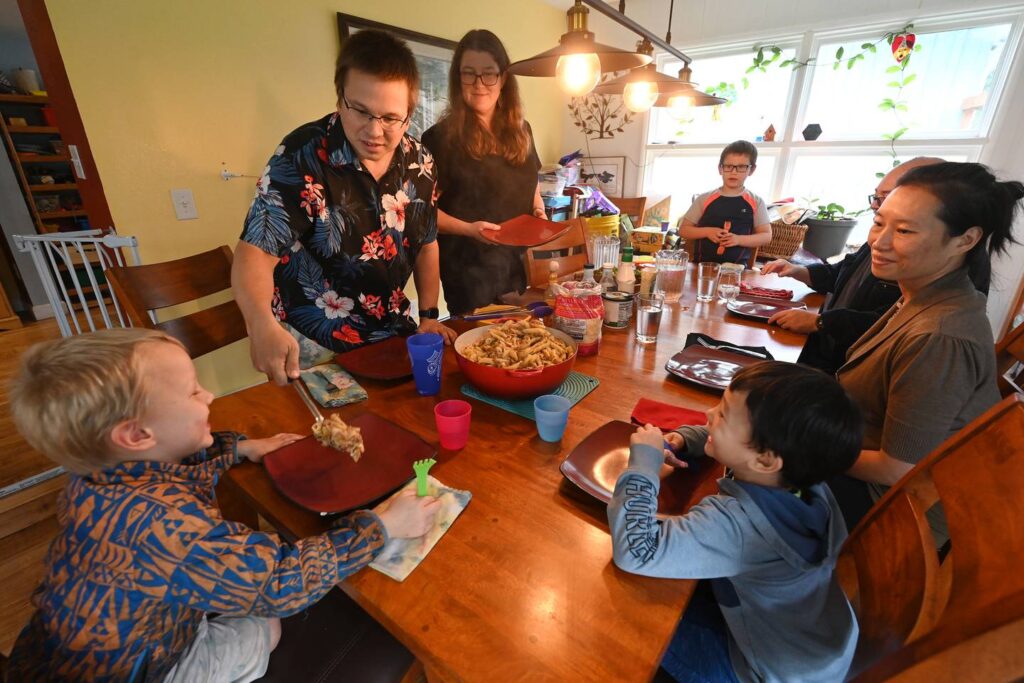 In today’s Anchorage Daily News, I wrote about how micro-communities we formed during the pandemic have blossomed into deep friendships. I looked at three groups of people who formed isolated bubbles or pods during the pandemic: a group of who were loosely connected through their gym but became deeply connected when they made a bubble for recreation, two sets of parents who became so close after their kids were together in a pandemic learning pod that one set of them moved to the other’s street, and extended family that isolated and took over parenting duties for a mother undergoing treatment for cancer. It made me reflect on the relationships I relied on during the pandemic. If you have a story along this line, write me, I’d love to hear it.

Annette Rearden discovered she had Hodgkin lymphoma in February of 2020. Within a few weeks, pandemic news turned regular life upside-down. Rearden faced a tidal wave of problems and decisions.

Her life was already full and busy. Her son, Atticus, was 9 and her daughter, Saoirse, was 4. She had been teaching in the nursing program at UAA. Very little was known about COVID-19. She learned she faced months of chemotherapy followed by radiation. She would lose her ability to fight infection. Then, schools closed.

That’s when her sister-in-law, Jessica Clarkson, proposed that her family and Annette’s family become a bubble, isolating together. Clarkson offered to take her children every other week while she underwent treatments. Everyone would isolate.

“I was like, you have got to do this and you can’t do this and be a parent while the kids are home and be a teacher,” Clarkson said. “You have to do you and only you right now. This is the only thing that I can do, Annette.”