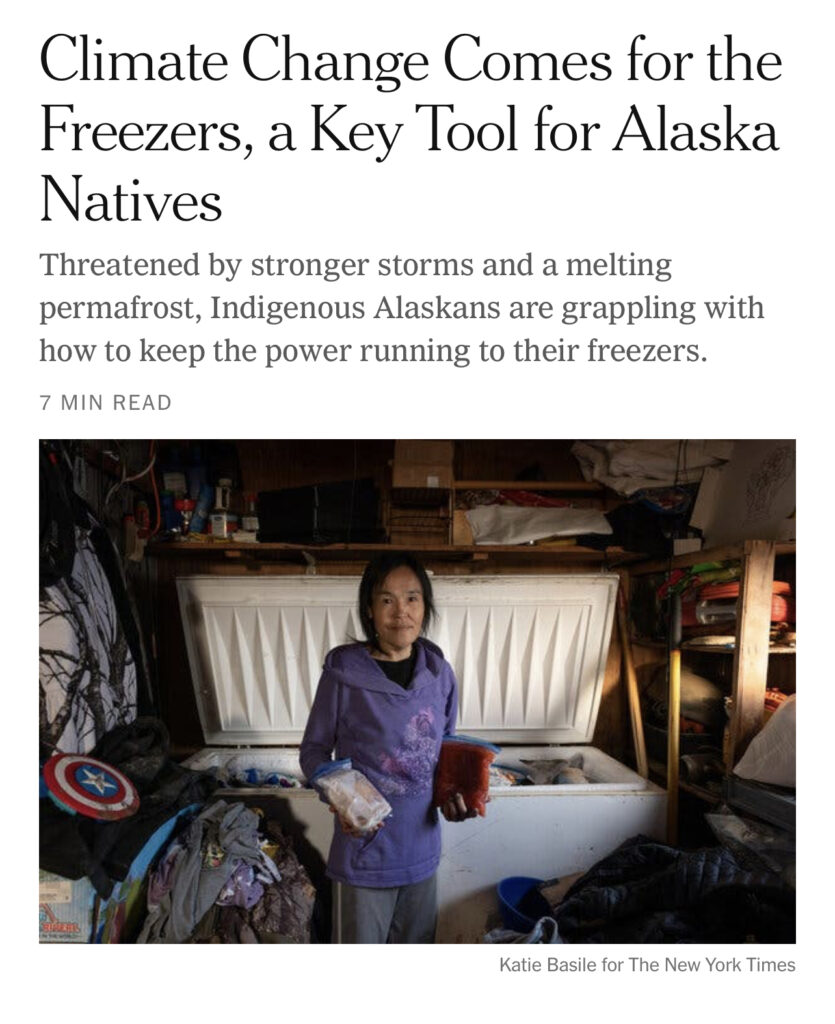 Today I wrote for New York Times Food about the vital role chest freezers play in the economics and culture of Alaska Native villages, and how they are being threatened as increasingly violent storms take out the electricity.

Here’s how the story starts:

HOOPER BAY, Alaska — As the remnants of Typhoon Merbok lashed the plywood walls of the house she shared with her children and grandchildren, Frieda Stone wrote a Bible verse on a small card.

The severe weather, which hit Alaska’s western coast on Sept. 16, was the most powerful early-season storm scientists had ever measured there. The jet stream steered it north from abnormally warm waters east of Japan. As it approached, meteorologists recorded hurricane-force winds and 50-foot swells in the Bering Sea. In this remote Yup’ik village, the ocean came closer as each breaking wave of the storm surge roared in.

Ms. Stone, 68, slipped the card in a sandwich bag and shuffled outside. Using a red string, she tied the bag to one of the posts that held her house 4 feet above ground, asking God for a specific mercy.

“I asked him to watch over the freezers,” she said.