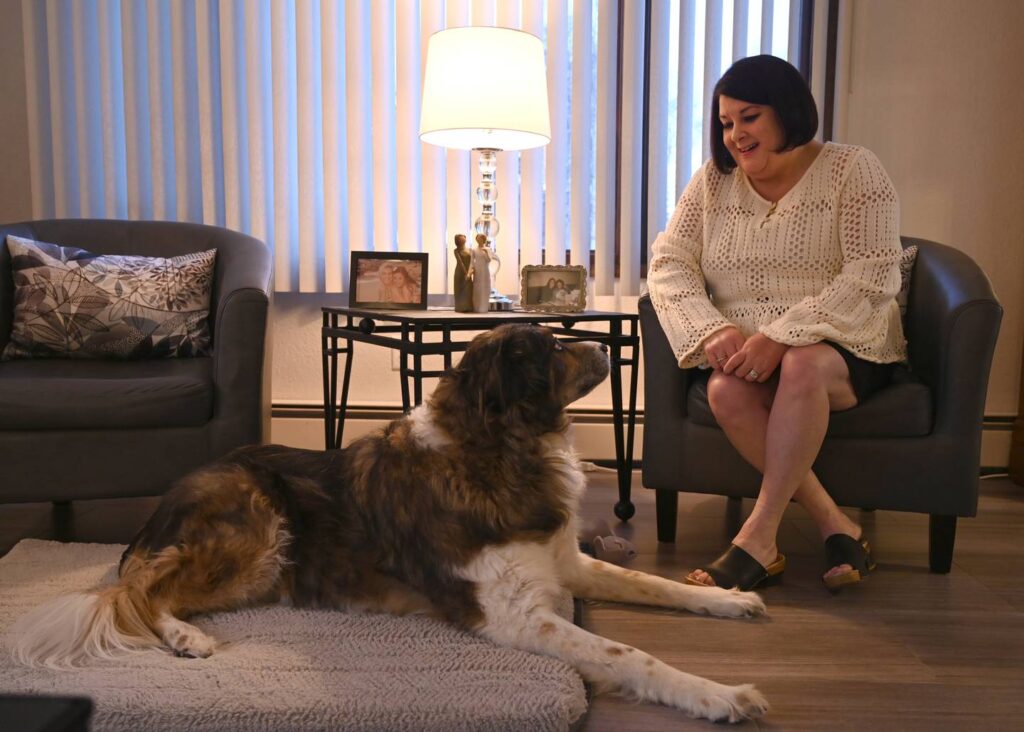 Over the weekend, I wrote about Anchorage’s shrinking clothing retail sector and how that’s changed what it feels like to shop. I started out thinking about the feeling of 5th Avenue Mall during the holiday season before Nordstrom closed in 2019. That closure came at the beginning of a wave of retail closures, which accelerated during the pandemic, as e-commerce grew quickly. All of that has taken Anchorage back in time, where we’re all more dependent on mail order like we were in the days of Sears catalogs.

But beyond that, mall shopping in winter is, for some people, a way to connect to the community and to feel connected to the world Outside. It’s a balm for the isolation that happens in the darkest season. Economists studying our retail outlook say brick and mortar retail peaked in 2015 and it may not recover for a long time. Malls are also moving away from pure retail into experiences, like restaurants and entertainment.

Here’s how the story begins:

Kristina Blackadar, 50, a branch manager at an Anchorage moving company, still has a hole in her heart where Nordstrom used to be.

Take bras, which aren’t easy to buy online. For decades she visited the Nordstrom lingerie department, where the same elegantly dressed woman would meet her in the dressing room with a tailor’s tape and return a stack of well-fitting foundations. Recently, on a trip to Las Vegas, Blackadar went to another Nordstrom. As she was being measured, she lamented the closure of her hometown store. “Let me guess,” the saleswoman said. “Alaska?”

“Just that very morning there were three people that had come into the bra department to stock up because of the lack of, you know, any good shopping here,” Blackadar said.

The change for shoppers in Anchorage isn’t just about one department at Nordstom. The store’s closure ahead of the pandemic was part of a wave of retail retraction across Alaska. Among the Anchorage clothing stores now gone: the Gap and Banana Republic in the 5th Avenue Mall and Forever 21 with its large Dimond Mall footprint. As the holiday season approaches, the experience of shopping and what’s available to buy has changed in major ways over the pandemic years. Economists project it’s unlikely to recover soon.

Nationally, retail expansion has been flat, and growth in e-commerce favored online shopping businesses with fewer workers, meaning a decline in retail employment. Overall the sector is projected to continue shrinking , according to the U.S. Bureau of Labor Statistics. Before the pandemic, the clothing sector was retracting across the U.S, but the pandemic accelerated that. It declined 38% during 2020 and 2021. In Alaska, retail positions peaked in 2015 and have been on the decline since, following the national trend, according to the state.

Some of that is due to a shrinking state population that’s changed the market and to technology – cashiers in some stores are being replaced by self-check-out, for example, Fried said. But, like in the rest of the country, much is related to a shift to e-commerce, which got a huge boost early in the pandemic, according to the state. Businesses selling sporting goods, books, electronics and appliances, and health and personal care products took a serious hit, according to the state. Clothing retailers in Alaska were hit hardest, declining almost a third between 2019 and 2020, mirroring the nation. Over that time period, Anchorage lost 10% of its retail positions. The sector is not projected to rebound to 2019 levels until 2030.