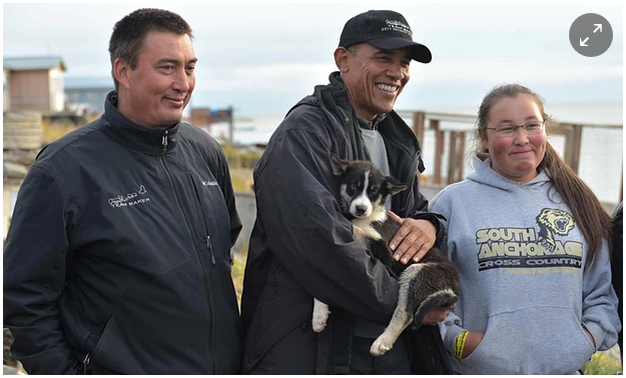 In this state of only 700,000 people that American presidents tend to visit most often only to refuel, the three-day tour by Barack Obama this week gave everybody something to talk about.

Alaska is conservative and backed Obama’s opponents in 2008 and 2012, but the president’s celebrity appeal overshadowed the political misgivings of many as he travelled the vast state. Everywhere he went, residents made signs, crowded into restaurants and pulled over on roadsides to catch a glimpse. Social networks were ablaze with reports of security helicopters overhead, and observations about Obama’s gelato preferences (coffee and coconut), his treadmill routine (he runs “slow and smooth”, according to someone a few machines down), and his opinion of fish jerky in the rural community of Dillingham (“Outstanding!”). Videos of the passing motorcade were an epidemic.

Read more, and see a selection of my favorite Alaska tweets here.